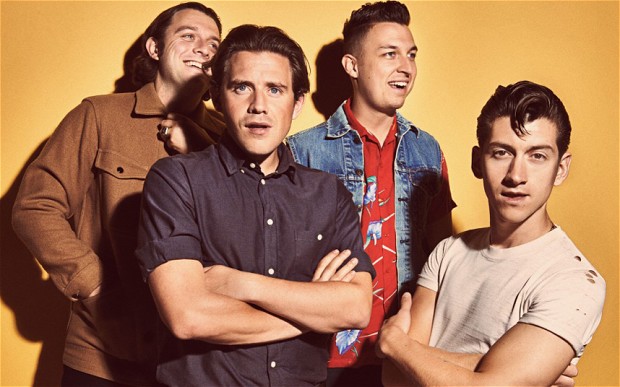 The Arctic Monkeys are set to play their much anticipated comeback gig at the 3Arena on the 24th and 25th of September. The British rock band have never failed to disappoint in delivering electrifying live performances, and have continued to showcase their extraordinary talent worldwide. Unfortunately tickets are completely sold out, so for those who managed to nab some, expect what is anticipated to be the greatest live concert of 2018. Here’s everything you need to know about their upcoming gig at the 3 Arena!

The Arctic Monkeys were catapulted to fame in 2005 with their debut album ‘Whatever People Say I Am, That’s What I’m Not’, which featured their early hit singles ‘I Bet That You Look Good On The Dancefloor’ and ‘When The Sun Goes Down’. The album surpassed Oasis’s ‘Definitely Maybe’ and proved to be the fastest-selling debut album in British history. The band have continued to receive favorable critical reception with their distinctive and alternative musical style, and have made a significant contribution to the complete reshaping of mainstream music as we know it.

The Arctic Monkeys have received praise for their artistic composition since forming in 2002, and have continued to incorporate a variety of different sounds and genres in to their music. Their latest album ‘Tranquility Base Hotel & Casino’, released in May 2018, is widely recognized as their most experimental album to date. The band have taken a different approach to their sound in this particular album, with a great deal of emphasis placed on Alex Turner’s complex song writing output, challenging fans to come up with their own interpretation of the meaning behind the lyrics. In addition to this, the band have opted for cinematic synths and calculated guitar riffs as opposed to their previous album, ‘AM’, which featured a more thunderous and rockier sound. According to Turner, “it’s got more chords. And space shit”.

We’ve comprised a list of some great tracks to get you buzzing for their upcoming gig:

I Bet You Look Good On The Dancefloor

When The Sun Goes Down

Why’d You Only Call Me When You’re High?

Snap Out Of It

Four Out Of Five