Home Music News Everything You Need To Know About The Editors Before Their Gig At... 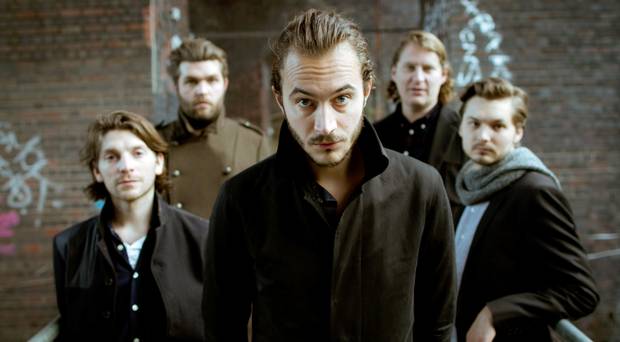 With the announcement of their upcoming gig at Vicar Street earlier this year, tickets to see The Editors perform on the 16th of October in Dublin are flying out the door. However, there is still some available, so make sure to get yours before they’re completely sold out! Fans can expect a wild and over the top performance from a band who are famous for pushing their live performances to the absolute limit.

The Birmingham rock band have continued to headline some of the biggest festivals in Europe and beyond, and have successfully provided fans with energetic anthems as well as music that explores both dark and mechanical themes. The Editors, who released their sixth studio album ‘Violence’ in March of this year, received raving reviews for the record’s twisted and experimental sound. In an interview regarding the band’s unexpected turn with their sound, frontman Tom Smith stated: “There’s a pop writing sensibility to some of these songs that over the years we’d pushed to one side and been a bit afraid of. But we’ve been doing this for a while now, it’s our sixth album, and with that breeds confidence, so you can be striking if you want.”

Smith also admitted that their hugely successful hit ‘Hallelujah (So Low)’ initially made the band uncomfortable, resulting in the reworking of certain tracks on the album. “There were a few moments when we got towards mix territory with that song, the way it explodes out of the speakers was overdriven even more, and it went to a place that I wasn’t comfortable with, it was too over the top. If you talk about being heavy, you’re still making melodies for it to work for us, it can’t just be noise, so we had to dial that back a bit. Musically, we’ve never had that much of a rock moment, like with devil signs.”

Although the setlist has not yet been released, fans can expect an eclectic mix of both the band’s earlier material as well as their most recent tracks. We’ve comprised a list of some of our favorite Editors tunes below to get you buzzing for their upcoming gig:

Smokers Outside The Hospital Room (2007)

Supergrass At The Olympia For Valentine’s Day All You Need To...