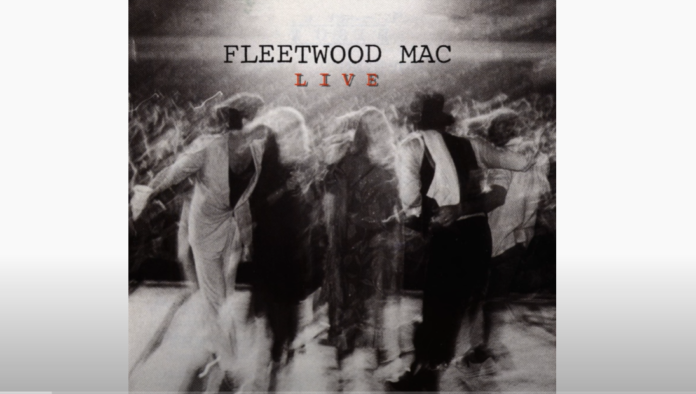 A new, expanded edition of Fleetwood Mac’s first album from 1980 “Fleetwood Mac Live” is on its way. This edition contains one hour of unreleased live tracks between 1977 and 1982.

Most of this original album was recorded between 1979 and 1980, except for tracks such as “Don’t Let Me Down Again” which was recorded in 1975 during the Fleetwood Mac Tour. “Dreams” and “Don’t Stop” are from the band’s sound check in Paris. “

“Fireflies” and “One More Night” were recorded in California.This also includes a cover of Beach Boys’ track “Farmers Daughter”. These three track were recorded during a show in California for Fleetwood Mac’s crew, family and friends.

Live covers of tracks such as “Tusk”, “Gold Dust Woman” and “The Green Manalishi” are also on the album. The latter was written by the band’s co-founder, Peter Green in 1967.

“Go Your Own Way” is also included on this edition.

Click here to see a live version of the band’ track “Rhiannon”.

This all comes after Christine McVie recently said that she does not think Stevie Nicks will tour with the band again.

In a radio interview, McVie said this, “If we do, it will be without John (McVie) and without Stevie, I think”.

In other news, Mick Fleetwood recently admitted that heavy cocaine use has led him to being unable to remember two years of his life.

Fleetwood said that following the making of the band’s album “Rumours”, he is unable to remember what he did over the following two years.

The drummer said this,  “There’s no doubt we were well equipped with the marching powder. That’s a well-worn fairytale that gets more like a war story, that gets more and more aggrandised”.