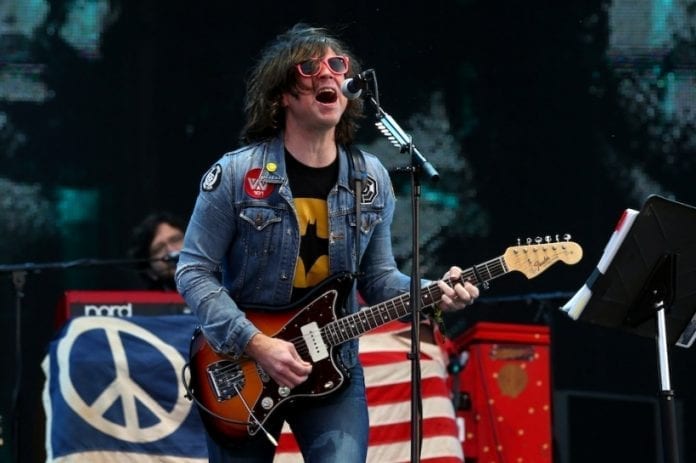 The F.B.I are reportedly investigating allegations that Ryan Adams committed a crime engaging in suspected “explicit” correspondence with an underage fan.

The paper had published a report this week that contained claims from a number of women, including one who was underage at the time. The singer was accused of emotional and psychological abuse, harassment, inappropriate and manipulative behaviour from Adams.

According to the NME, Adams is reportedly facing an investigation in relation to his relationship with a young fan.

It’s reported that Adams is alleged to have begun “explicit online communications” with the girl when she was aged just 14 until she was 16 years old. The two allegedly “exchang[ed] text messages and conduct[ed] video calls that sometimes included nudity.”

It’s reported by the NME on Feb 13th, that the underage fan is a budding musician, named only as Ava. The girl asserts the pair got talking online in 2013. That was when she was 14.

According to the NY Times, The two never met in real life but Ava alleges the musician would send her graphic texts and once exposed himself to the young fan during a video call.

It’s reported that Adams asked the teenager to keep their conversations quiet and kept asking her to say to him she was 18, sometimes requesting her to show him ID. Ava claims she never showed him ID although she said that at times she told him she was older than she was.

When Ava was 16, the musician is alleged to have texted her saying: “I never see pics of you anymore. You were blowing my mind.” He alleged to have also had names for her body parts.

Another message allegedly read, “If people knew they would say I was like R Kelley lol.” He then contacted her 10 minutes later with the message, “I just want you to touch your nipple.” The girl claims Adams had talked about her career, suggesting at first that she start a group with another teenager and that Adams would produce them.

Towards the end of the correspondence, she said he brought up the idea of recording together again but she lost interest it as she had been put off of being a musician.

Andrew B. Brettler, Adam’s lawyer, denied the “extremely serious and outlandish accusations”. The lawyer argues the allegations to be “grousing by disgruntled individuals” who blamed Adams for “personal or professional disappointments.”

Adams lawyer continued that he does have “communications online with various fans and aspiring musicians” yet “does not recall having online communications with anyone related to anything outside of music.” His lawyer also said that he did not know of Ava being underage, suggesting that she looked “approximately 20” in photos at the time and had played some live shows.

Brettler stated, “ Mr Adams unequivocally denies that he ever engaged in inappropriate online sexual communications with someone he knew was underage.”

Chris Martin Wants Coldplay To Perform On The Moon