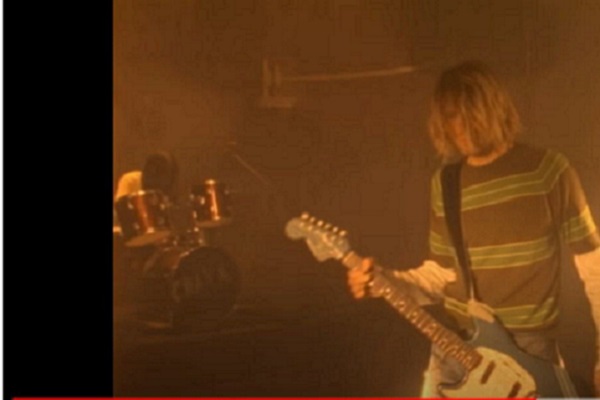 The guitar which was used by Kurt Cobain for Nirvana’s hit ‘Smells Like Teen Spirit’ is to be displayed in London ahead of an upcoming auction in New York.

The guitar which is a left-handed 1969 Fender Mustang is in a Lake Placid Blue Finish. It will be going under the knife at Julien Auctions’ three-day Music Icons event.

It will run from May 20-22 at New York’s Hard Rock Cafe. It will also take place online.

The guitar will be open to the British public for free later this month. Fans will also be able to check out this guitar at the Hard Rock Cafe at Piccadilly Circus. You can see this guitar in all its glory from April 28 to May 3.

Check out the opening times for the viewing here.

“one of the greatest privileges” – Auctions CEO on Cobain Guitar

Darren Julien is the President and CEO of for Julien’s Auctions.

He also called it “one of our greatest privileges and most distinguished honors” to be able to auction the guitar”.

“[It is] one of the most culturally significant and historically important guitars not only of Kurt Cobain and Nirvana’s legacy but in all of rock music history”, he added.

“Rarely do personally owned items from Kurt Cobain with this incredible and unprecedented provenance of his life and career become available for public sale”.

The guitar is not the only Kurt Cobain item going under the knife.

These items include a drawing of Michael Jackson from Cobain himself, along with a skateboard which the late Nirvana frontman drew Iron Maiden mascot Eddie on. Other items include tour passes and a United Airlines boarding pass that Cobain used.

On top of this, a 1965 Sky Blue Dodge Dart that Kurt Cobain owned and drove will also be auctioned. The car’s original licence plates and a title showing ownership by Kurt Cobain and his wife Courtney Love are also included. Kurt’s sister Kim bought the car following the singer’s tragic death in 1994.

‘Smells Like Teen Spirit’ was released by Nirvana in 1991.

Last Summer, it emerged that the track had surpassed one billion streams on Spotify. The single was the second recent track to reach such a feat following Linkin Park’s In The End.

The song reached number one following its release, selling over 30 million copies worldwide.

World’s First Vinyl Album With Guitar Pedal Has Been Launched