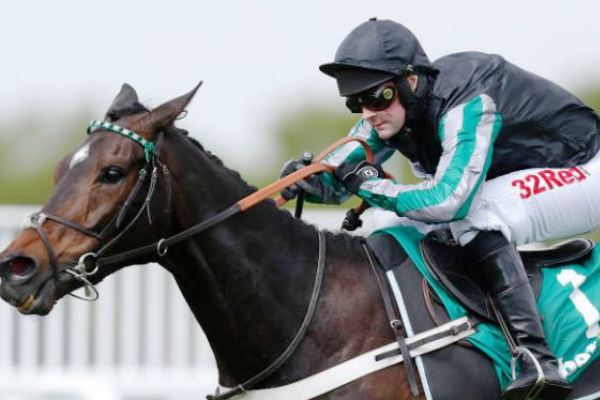 Altior has claimed the feature race on day 2 of the Cheltenham Festival.

The superstar made history by winning the Queen Mother Champion Chase at Cheltenham for the second year running.

But it was a battle rather than the romp many expected.

The unbackable favourite had to battle for victory overcoming Politologue and Sceau Royal.

Nicky Henderson’s stable star saw off the challenge of Paul Nicholls’ 11-to-1 shot Politologue, with Sceau Royal third at a price of 16-to-1.

That was the 18th consecutive win of Altior’s career.

Jockey Nico De Boinville had the brilliant Nicky Henderson-trained two-miler in a prominent position throughout, chasing the pace set by Saint Calvados.

The field packed up behind Altior going to the last as Sceau Royal and eventual runner-up Politologue challenged on either side. However, the nine-year-old – who had made an early mistake at the water jump – dug deep to prevail by one and three-quarter lengths at odds of 4-11.

"What an absolute monster. Aren't we lucky to be of an age where he's here"

He's defended his crown, and it's a second consecutive Betway Queen Mother Champion Chase win for Altior and @NdeBoinville, who spoke to @olibellracing

Almost A Million Irish People Are Using Their Toilet As A...

Arctic Monkeys Are To Release New Live Album For Charity