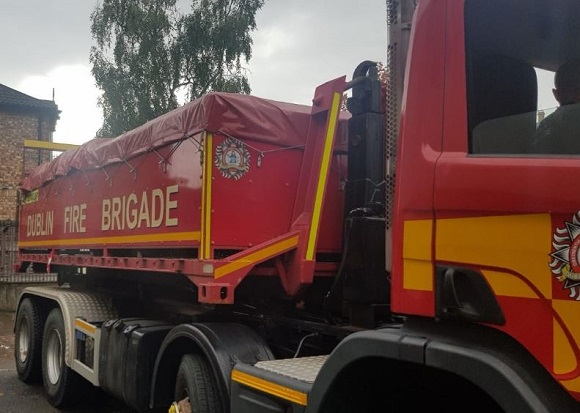 A number of workers were brought to hospital after a chemical leak in west Dublin this morning. Specialist hazmat teams from Dublin Fire Brigade came to the scene.

Firefighters and paramedics were called to the scene of a “hazmat” incident in Blanchardstown this morning.

It happened at an industrial estate in Ballycoolin, where a chemical was found to have leaked from containers at about 11am.

Specialist firefighters trained in the disposal of hazardous materials contained the leakage.

A number of workers were decontaminated at site — and several were taken to hospital as a precaution.

Dublin Fire Brigade says the scene has now been contained, and there’s no danger to the public.

We currently have units attending a HazMat incident in Ballycoolin. Specialist fire engines are on scene to provide support #Dublin #fire pic.twitter.com/1VO6A2xAUK

New Tánaiste To Be Announced Today