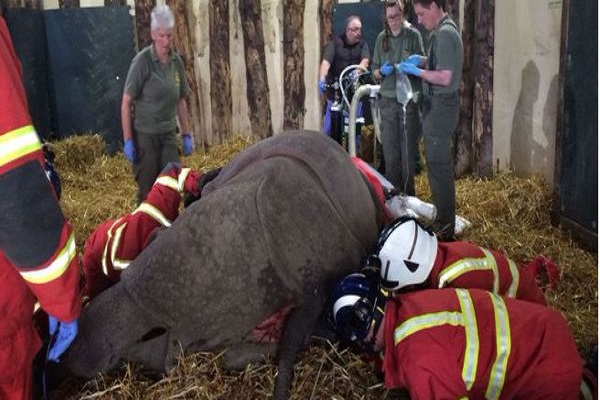 Firefighters have rescued a rhino at Edinburgh Zoo – after he got stuck in a tyre for more than an hour. Crews used cutting gear to free the animal, whose head and leg got wedged. Keepers say they called 999 yesterday evening as their “last hope”.

According to Sighthill Firefighters, “After the tyre was removed the rhino was left in the care of zookeepers and vets. One zookeeper said the fire service were their last hope since the zoo had been trying to free the rhino since 4pm.” The rhino was not harmed.

A RHINO the size of a small car had to be rescued by firefighters after getting stuck inside in his favourite tyre swing – again.