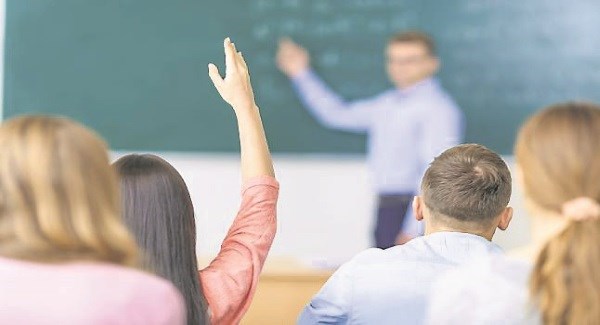 A primary school teacher has been accused of putting sellotape on the mouths of five girls during a class.

The allegations have been made at the first ever Fitness-to-Teach inquiry which is taking place at the Teaching Council.

The teacher has denied the allegations but hasn’t appeared before the inquiry and it has emerged she doesn’t have to.

In opening this inquiry, Senior Counsel Remy Farrell said this teacher was subbing 5th class at a primary school in March 2012 when some of the students became giddy. He said it would be alleged the teacher told them if they weren’t quiet she would put sellotape on their mouths. Shortly after that it is alleged, she put sellotape on the mouths of five girls or told them to put it on their mouths themselves.

It would be alleged the girls had to spend the rest of the class with their mouths taped shut and the teacher asked them to remove it when the class was over. The principal of the school was told about what happened saying the five girls were ‘upset and distressed’.

In a statement this April, the teacher, who said she hasn’t taught in years – denied she had physically assaulted the girls by putting sellotape on their mouths. She said she did NOT put the tape on them, rather they did it themselves – which shocked her and she asked them to take it off.

The teacher herself hasn’t appeared before the inquiry and it has emerged she doesn’t have to.

The inquiry heard she said she wouldn’t be able for the ‘rigours’ of the hearing because of a medical condition and she asked for it not to proceed.