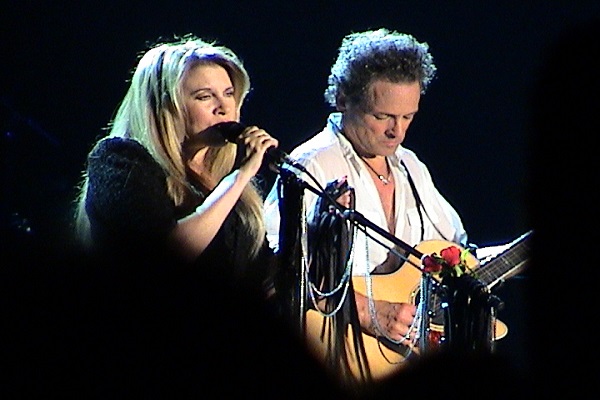 Ahead of an expanded reissue of Fleetwood Mac’s self titled 1975 debut due out on Jan 19th the band are streaming a previously unheard version of ‘Landslide‘. Written by Stevie Nicks, the track appeared on their tenth album which was also the first album to feature singer and guitarist Lindsey Buckingham.

The deluxe edition includes newly remastered audio, rare and unreleased studio and live recordings, plus a DVD with 5.1 surround sound and high-resolution mixes of the original album. The music will be available in several formats including an expanded two CD package and a single CD edition as well as digital download.

According to Rolling Stone magazine:

In January, Fleetwood Mac will become the first band to receive the MusiCares Person of the Year Award. Lorde, Haim and many other artists influenced by the group will gather at Radio City Music Hall two days before the 60th Annual Grammy Awards to pay tribute to the band with a special concert.

“It’s a tremendous honor to be the first band to receive the MusiCares Person of the Year award,” Mick Fleetwood said in a statement.

“Independently and together, we all set off on a journey to spend our lives as artists, songwriters and musicians. None of us did it alone and there were plenty of helping hands along the way, so we applaud and celebrate MusiCares’ guiding principles of giving musicians a helping hand and a place to turn in times of need.”

The show on January 26th will feature the band’s classic line-up of Fleetwood, Stevie Nicks, Lindsey Buckingham, Christine McVie and John McVie who will perform together at the show.

You can listen to the unheard of version of Landslide below: