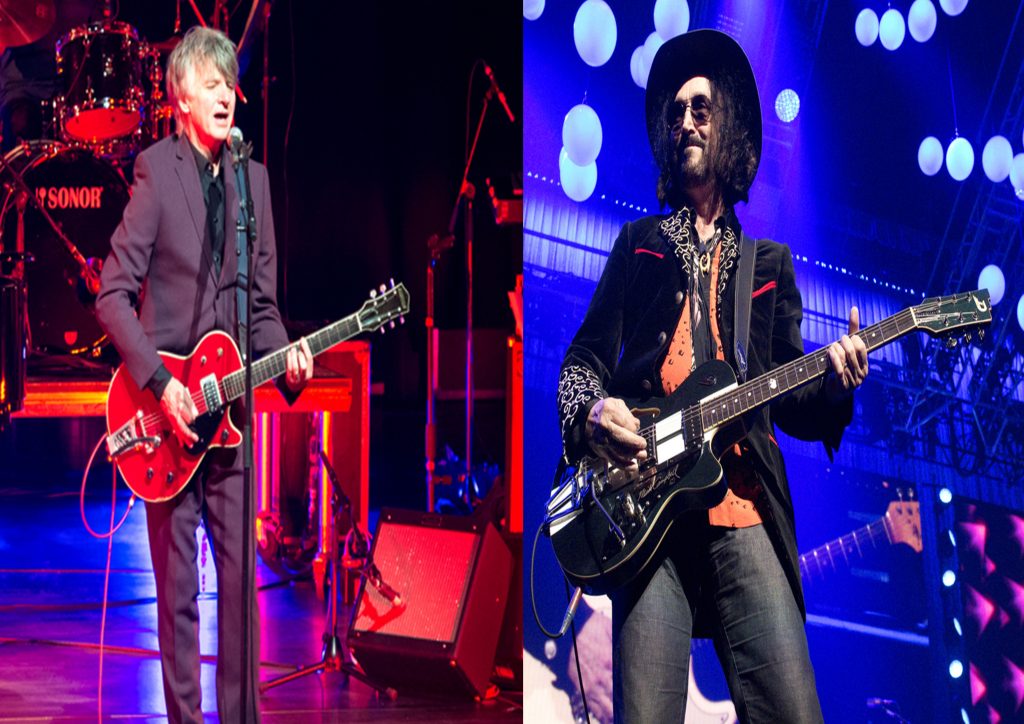 An intimate audience were granted a sneak preview of Fleetwood Mac’s new line up when Mike Campbell sat in with Neil Finn last week on, Thursday May 3rd. Both musicians have been enlisted to take the place of former guitarist Lindsey Buckingham on the band’s upcoming tour.

The preview was during Neil Finn’s show with his son, Liam, at Largo at the Coronet in Los Angeles. They played a version of Man of the World, which is a single dating back to 1969. That was when Peter Green was fronting Fleetwood Mac, and they also played David Bowie’s ‘Moonage Daydream’.

In a report from Variety, ‘Man of the World’ went virtually unrecognised by the crowd but ‘Moonage Daydream’ roused the audience and ended with the pair trading guitar licks. Later on in the gig a crowd member shouted a request for ‘Go Your Own Way’ to which Finn responded: “I should be ready to start it up by now. Just you wait.”

Fleetwood Mac will commence the first leg of their tour at the BOK Center in Tulsa on Oct. 3rd and will finish up at the Forum in Inglewood, Cali, on Dec. 13th. They’ll hit the road again on Feb. 5th at the Toyota Center in Houston and go through April 5th at the Wells Fargo Center in Houston.

The Absolute Legend, Michael Bolton Plays The 3 Arena Tonight. Are...