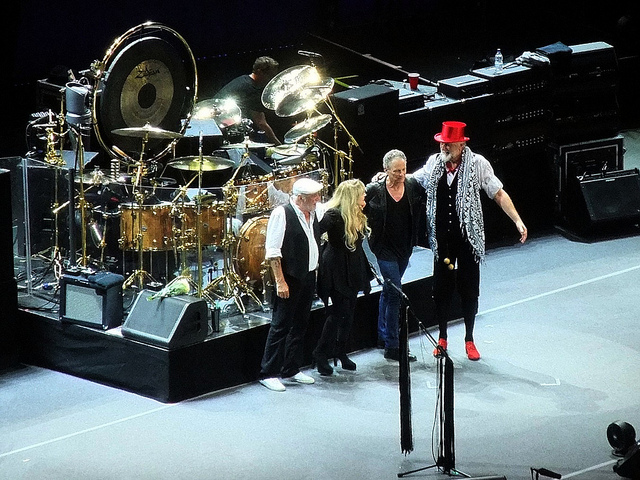 Mick Fleetwood has revealed his hopes for the band to tour and release a new album in the near future.

It seems as though Stevie Nicks is the only barrier if Mick’s words are anything to go by, speaking to Rolling Stone he said, “We have a cartload of recorded stuff, and I’d like to see it come out… None of it’s with Stevie. Or very little. Some of it is very, very old stuff that Lindsey maybe did with her years and years ago. We’re not quite sure what will happen with it”.

He appeared to show more optimism towards the concept of a tour, “We’re all dedicated to getting together about a year or so from now and going and doing another two years of touring all over the world, probably”.

However he understands that the bottom line is that each band member is busy with their personal pursuits, “Stevie has her own life and career and I think … You know, she just doesn’t want to spend the time right now. And we’re quietly saddened about that but also I sort of understand”.

Meanwhile he was full of praise for vocalist Christine McVie, claiming she returned “with a bag of goods”. The band haven’t released any new music since their 2003 album Say You Will.

In spite of any complications, Mick has made it abundantly clear that he is hopeful for the bands return, “One thing that’s for sure, there really are dozens of songs. And they’re really good. And so you think, S**t, I don’t want it to be that decades later when we’re all pushing up daisies, someone hears this stuff and goes, well that should have come out!”

The All-American Rejects Back with New Album, ‘Kids in the Street’

Muse Are Working With AC/DC Producer On New LP