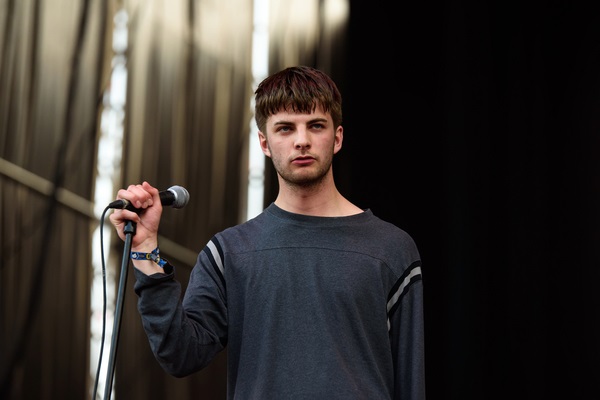 Fontaines D.C won the Best Band In The World at the BandLab NME Awards and they have given their reaction. With their frontman Grian Chatten saying it is “about time!”.

The Irish punk band also beat Amyl & The Sniffers, Ben&Ben, Bring Me The Horizon, and CHVRCHES to prevail. They also held off competition from Glass Animals, HAIM, Maineskin, Nova Twins and Wolf Alice to win this award.

Accepting the victory, Fontaines D.C praised Robert Smith and CHVRCHES for their performance of The Cure’s ‘Just Like Heaven’ earlier that night.

They also mocked the British Government, after promising to “party like Number 10 tonight”.

The band’s frontman Grian Chatten said in the winner’s room at the 02 Academy Brixton, that it was “about time”.

“We’ve never really won an award before, so I don’t know, I’ve never seen people so elated in my whole life”, he said.

“We had to keep telling ourselves we were the best band in the world from the moment we started”, Fontaines D.C guitarist Carlos O’Connell added. “And now that someone else has said it, this might be the beginning of the end”.

At this point, Chatten quipped, “This lad has the propensity to talk the most depressing s*** every time we’re at an awards show”.

Last month, Fontaines D.C released their new single I Love You, which features on their upcoming album Skinty Fia which arrives on April 22.

The track itself was described by their frontman Grian Chatten as “the first overtly political song we’ve written”.

The lyrics are from the viewpoint of the Irish emigrant, who looks back on a country they left with both fondness and disdain.

The band can be heard attacking Ireland’s political leaders, singing, “I will tell them ‘bout it all About the gall of Fine Gael and the fail of Fianna Fáil”.

“It’s like the most normal title ever,” Chatten said of I Love You. Find out what else he said via this Nova report here.

The band also delivered an amazing performance of their track ‘Jack Down The Line’ on The Tonight Show With Jimmy Fallon back in January. Check it out here.