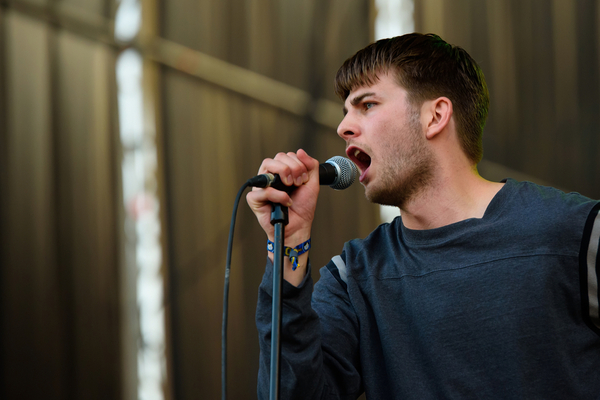 The Dublin band returns home on Thursday for a free show at The Complex in Smithfield. Fans will be treated to performances of tracks from Fontaines DC’s upcoming third album Skinty Fia, which releases on April 22nd.

The event is being organised by Jameson and will be livestreamed along with a short film exploring the band’s early years in Dublin.

“This St. Patricks Day, we’ll be doing a live stream with Jameson Whiskey from Dublin, to you, wherever you are,” the band announced on their official Twitter account.

This St. Patricks Day, we’ll be doing a live stream with @jamesonwhiskey from Dublin, to you, wherever you are. Register now for a free ticket. ☘️ https://t.co/IWrkqmZOBD pic.twitter.com/qFr9kepHsT

Tickets can be booked and the livestream viewed at jamesonwhiskey.com/en/march.

Prior to their Paddy’s Day show, Fontaines DC performed a cover of U2’s One for Apple Music Home Session. You can listen to it below.

Listen to our cover of @U2 ‘One’ for @applemusic at home session. Listen to it here https://t.co/yZarBrAbGK pic.twitter.com/RuG4z4Arg1

Earlier this month the Dublin band raised their profile by scooping NME’s Best Band in the World award at the 2022 BandLab NME Awards.

“We’re gonna party like Number 10 tonight,” they joked at the expense of the British government’s lockdown party scandal.

“We’ve never really won an award before, so I don’t know, I’ve never seen people so elated in my whole life,” frontman Grian Chatten said, remarking that it was “about time” they won the award.

“We had to keep telling ourselves we were the best band in the world from the moment we started,” guitarist Carlos O’Connell said. “And now that someone else has said it, this might be the beginning of the end.”

“This lad has the propensity to talk the most depressing shit every time we’re at an awards show,” Chatten joked about his bandmate’s remarks.

On the red carpet Chatten revealed he had contributed two songs to The Line is a Curve, the upcoming album from Kae Tempest.

“I did a few tunes and they’re gonna be on their new album,” Chatten said. “I’m really looking forward to hearing what people think about that. Kae is obviously a huge inspiration. Their lyrical style is incredible, and always will be. There’s an endless vase of lyrical ideas coming from them.”

“It was nerve-wracking, to be honest,” Chatten said of working with Tempest. “I wouldn’t tell them that, but it was! It was one of those moments where I got in the studio and they were endlessly supportive as soon as I started doing my vocal part. They were great to work with because they weren’t in any way interfering. They understand the process of it being a direct link from your heart to the page. They were a blessing.“

Bryan Adams So Happy He’s Coming To Dublin, It Hurts!