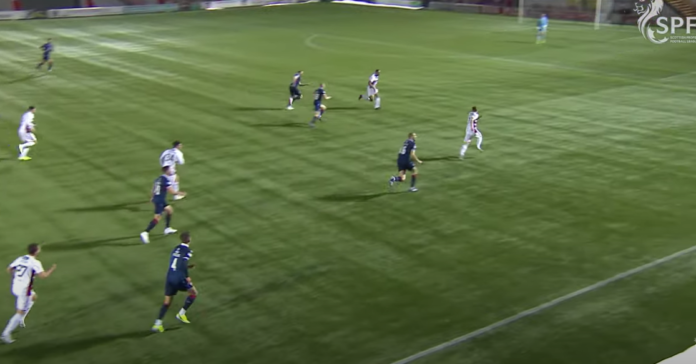 A football commentator has been sacked after annoucing that he was late back on air for the second half of a football match he was covering because he was going for a “jobby”.

The commentator, Bobby Bulloch was covering a match from the Scottish Premier League between Hamilton Academical and Ross County on Wednesday night. When he returned for the second half, he thought he was having a laugh by announcing he had been for a “jobby”. This is a Scottish slang term for a bowel movement.

He told his co-commentator that he “went away for a jobby at half-time”.

He also added, “I’ve not pressed the wee button when I came back so apologies to anybody who hasn’t heard me this second half”.

Scottish Premiership bosses did not see the funny side. They said, “A contractor used by the club on summarising / co-commentary duties overstepped the mark this evening with a very poor attempt at humour”.

They also added, “The club didn’t find this funny, and the person will not be used again. Our apologies for this”.

Bulloch’s conduct was also met with mixed feelings among fans. Some fans were critical of his language. However, some fans felt that Bulloch was treated unfairly, with many using the hashtag “jobbygate”.

One fan tweeted, defending the commentator’s actions, “Absolutely pathetic sacking a man for using the word ‘jobby’. Get a grip, it’s not swearing or insulting, just an everyday word in Scotland. You hear much worse coming from the pitch!!”.

“A sense of humour”

Bulloch defended his behaviour. He said this, “A sense of humour is important during these difficult times. Remember that the next time you’re doing a jobby”.

In other football news, Burnley manager, Sean Dyche said that it was important to have a sense of humour. A video of him talking about lookalikes has also circulated this week.

Victory For Arsenal At The Emirates