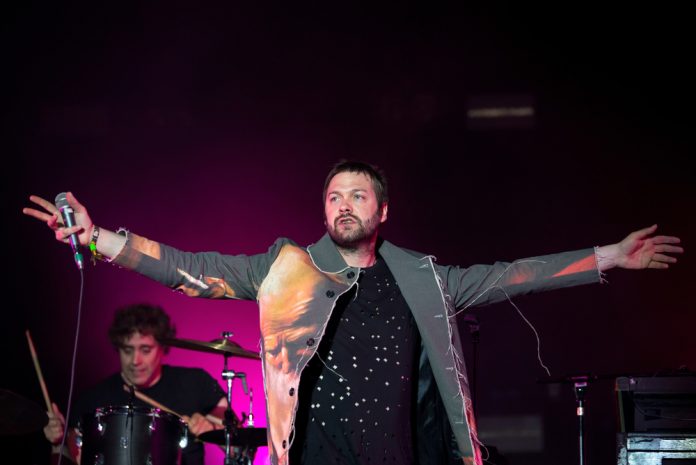 Tom Meighan has pleaded guilty to assaulting his former fiancee.

The former Kasabian singer appeared at Leicester Magistrates Court this morning to face a charge of assault.

The court was told that Meighan “smelt heavily of intoxicants” during the incident on the 9th April.

The court also head that a child witnessed the attack and called 999 to say a “domestic incident was taking place”.

Yesterday it was announced that the frontman was stepping down from the band.

A statement read: “Tom Meighan is stepping down from Kasabian by mutual consent. Tom has struggled with personal issues that have affected his behaviour for quite some time and now wants to concentrate all his energies on getting his life back on track. We will not be commenting further.”

Meighan took to his own social media shortly afterwards and wrote: “Following today’s announcement I just wanted to let you all know that I am doing well.

“I’m in a really good place now. Thanks for all your love and support. I’ll be seeing you all very soon.”

Tom Meighan was one of Kasabian’s founding members, forming the band in 1997 with Serge Pizzorno, Chris Karloff and Chris Edwards.

It is yet to be confirmed if Kasabian will continue to tour and record live music without Meighan.