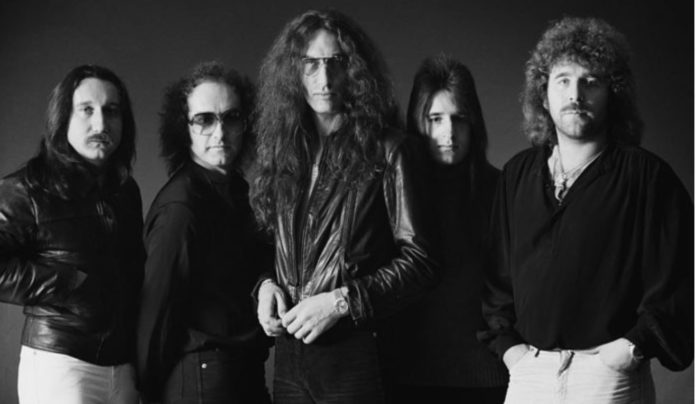 Lawton also returned to the band in 2013 for a European Tour, which included places like Austria, Switzerland, Germany and the Netherlands. Lawton was deputising for lead singer Bernie Shaw who had stepped away from the tour for a routine medical procedure.

Along with Heep, Lawton also sang with German cult band, Lucifer’s Friend from 1969 to 1976 and again from 1979 to 1995. Lawton also recorded nine studio albums with the band. The singer also recorded a solo album in 1980 “Heartbeat”.

He also joined the Les Humphries Singers in the early 1970s. He recorded twenty studio albums with them and took part in 1976’s Eurovision.

Confirming Lawton’s death via a statement posted on social media, Uriah Heep had this to say.

“It is with deep regret that we share the devastating and tragic news of the sudden and totally unexpected passing of John Lawton on 29. June 2021″, they wrote.

“Contrary to reports, there was no illness involved, which makes his passing incomprehensible”, they continued.  “He went peacefully with his wife at his side. John will be greatly missed”.

The band also added that a “private funeral service to celebrate John’s life will be held following his wishes, with only family and close friends attending”.

You can also check out this statement here.

John Lawton was “A big part of the Heep family”

Uriah Heep guitarist Mick Box led the tributes to Lawton. Box said Lawton’s death was a “complete shock” which had left him “numb”.

“John was a big part of the Heep family, and on stage when he was covering for Bernie, who was having hospital treatment at the time, he said over the microphone ‘you can check out, but you never leave Heep”, Box wrote on the band’s Facebook page.

“That was our John and he was one of the good guys”, he continued.

“I enjoyed the songs we wrote together, and he had an amazing voice that was both powerful, soulful and with a bluesy edge. Rock music has lost one of the great rock voices of all time and his legacy will live on forever”.