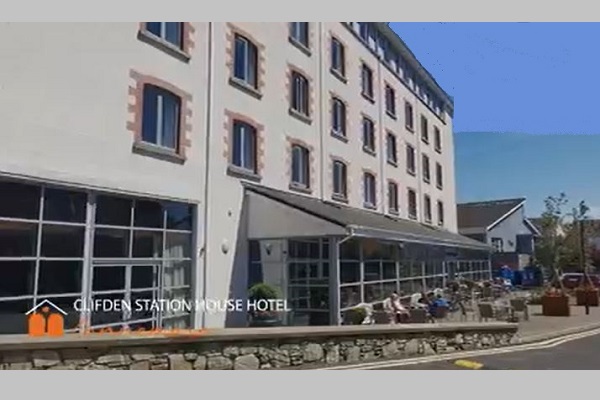 Four people are due to be tried this Thursday over their alleged role in organising the ‘Golfgate’ dinner of August 2020. Independent TD Noel Grealish, former Fianna Fáil senator Donie Cassidy, and hoteliers John Sweeney and James Sweeney, face charges in relation to organising an event during pandemic restrictions.

Clifden’s Station House Hotel held an Oireachtas Golf Society dinner on August 19th, 2020, amid high tensions as COVID-19 ran amok. Once the story broke, the dinner became a matter of political controversy as the four men lay accused of breaching the pandemic protocols in place at the time.

The resignations of high-profile attendees soon followed as the scandal led certain sections of Government to hang their heads in shame. Then Minister for Agriculture, Dara Calleary resigned his position, followed by European Commissioner Phil Hogan. While former attorney general, Séamus Woulfe was embroiled in controversy ahead of starting as a judge of the Supreme Court.

Three Fianna Fáil Senators, and three from Fine Gael lost their party whips for almost five months after their attendance, though have since been reinstated. Senator Jerry Buttimer of Fine Gael handed in his resignation from his position as leas cathaoirleach of the Seanad.

The case against these four men will be heard in Galway District Court, with an initial two days of hearings on Thursday and Friday. It is expected to take up to five days, with more than 50 prosecution witnesses set to be called.

The four defendants face a summons for organising, or causing to be organised, an event that contravened a penal provision of a regulation made under section 31A (1) of the Health Act 1947 as amended, to prevent, limit, minimise or slow the spread of COVID-19. The offence can be punishable through a fine of up to €2,500 and/or six months in prison.

Garda Fines Mount Up As Some Flout Restrictions Indiscriminately