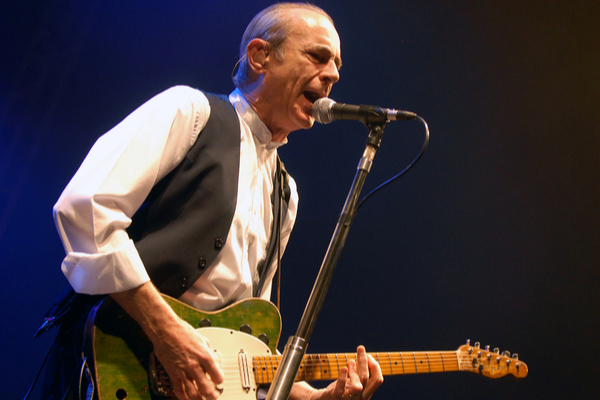 In a remarkable revelation, Status Quo legend Francis Rossi has said that he once served ice cream containing his own blood when working for his family’s buisness!

There’s a sentence the writer of the piece never thought he would say!

To provide some context, Francis Rossi’s Italian family ran a chain of ice cream parlours in London. In the pre Quo days, Francis worked with his father in these parlours during his youth.

“I was supposed to go into ice cream but at the time that was a horrendous thought, and now I’m thinking, it wouldn’t have been that bad”.

On the incident, Rossi had this to say. “You see, the ice cream goes into these chambers; it’s liquified and you pour it in the top”.

“It’s a frozen chamber and this thing swings round with blades and it makes ice cream. Well, I stood up to check it… I pushed the ice cream down the little funnel piece… and of course the blade kicks in to start the thing, and it chopped my finger”.

Rossi added, “And it kinda went pink, the ice cream. Fuck knows whether they’d get away with that these days, but [Dad] made me serve it the rest of the day! He said, ‘Just tell them it’s strawberry or something”.

Dr Dutton then weighs in, “There’s probably all these people of a certain generation running around south London with things wrong with them,” to which Dickinson responds, “Rossi D.N.A.!”.

At this point, Bruce Dickinson mentions “ice cream wars”, referring to the violent rival gangs of the 1980s, which led to Rossi having this to say.

“That goes on. A couple of times my dad came home beaten up for some reason. Unless he was chasing someone’s wife. He was probably a bit that way – Italiano!”.

Earlier this year, one of the founding members of Status Quo Alan Lancaster passed away aged 72.