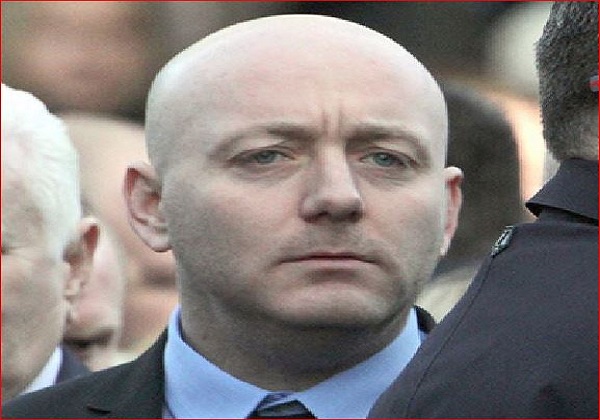 Freddie Thompson has been found guilty of the murder of David Douglas who was shot dead inside his partner’s shoe shop in Dublin in 2016. The 37-year-old from Loreto Road in Maryland, Dublin 8 was found to have played a “significant and visible” role in his execution.

At around 4pm on July 1st 2016, a lone gunman entered Shoetown on Dublin’s Bridgefoot Street. David Douglas was eating something at the counter when the gunman opened fire. Freddie Thompson was never accused of pulling the trigger that day, but rather pulling the strings.

It was the prosecution’s case that he was involved in the deployment of people directly involved in the murder and the preparations that preceded it. The evidence against him was circumstantial. He was spotted driving around the area at the time and CCTV captured him breaking up a phone and handing the pieces of it to a woman whom he also gave the key to the car he was driving.

It took the non-jury court three hours to deliver its judgement today and Mr Thompson immediately left the dock and went back to the cells after he was found guilty. The court heard Mr. Douglas’ family didn’t want to make Victim Impact Statements.

Representatives Of United States Walk Out Of APEC Meeting Over Russia’s...