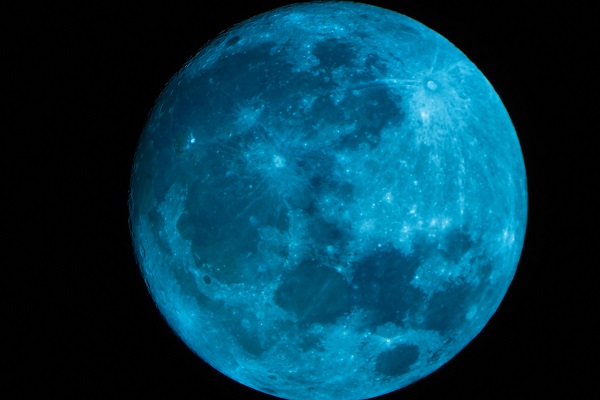 A full moon will be visible in Ireland on Halloween for the first time in over 40 years.

Halloween will be even more eerily this year as the rare phenomenon of a full moon will be lighting up our skies. Not since 1974 has a full moon been visible over Ireland, according to Astronomy Ireland.

In an event that will not be seen again for another two decades, the magazine says the event is unmissable. 2039 is said to be the next chance to catch this rare occasion.

Tonight’s full moon will be something of a rarity itself, as it is the second full moon of the month. This is known as a “Blue Moon”. Like the saying “once in a Blue Moon” they are quite rare and only occur every 2 or 3 years.

This rare sight will provide at least some entertainment on a Halloween when trick or treating is prohibited.

The astronomy society is encouraging everyone to view the once in a blue moon event before appearing again, in 2039.

“Watch especially at sunset (5pm approx) when the Full “Blue” Moon is rising, opposite side of the sky to the setting Sun, until dawn (7:30am approx) Sunday morning.”

He notes that the rising moon can look big due to an optical illusion known as ‘Moon Illusion’.

“[It] can trick the eye/brain into thinking the Moon is 2 or 3 times bigger than it really is!”

The rare blue moon will be visible from 3pm today. Astronomy Ireland want everyone in Ireland to get out and watch it and send them photos and comments for the next issue of the magazine.

“Even camera phones can take great photos of the moon these days,” said David. He also urges people to be patient with cloudy skies. All it takes is for the moon to “pop out during a break in the clouds, and you’ve got it”.

“Uranus is 3.8 degrees above the moon that evening but at magnitude +5.7. [W]ith a full moon so close you probably won’t even be able to see it with binoculars, and certainly not the naked eye. But still, it is nice to know Uranus is there to celebrate such a triple whammy!” he said.

For more details on what is visible tonight, check out timeanddate.com and see what times certain planets will appear.