Advertisement
Home Entertainment ‘Game of Thrones’ Season 8 Here’s Everything You Need To Know! 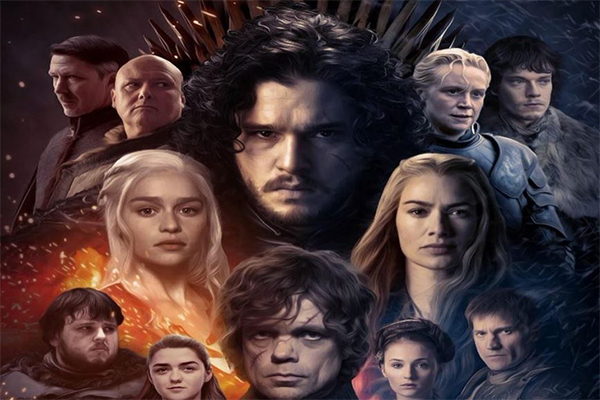 We’re eagerly awaiting Game of Thrones Season 8 already, so here’s all you need to know about the show’s final episodes, release date, casting news and trailers.

When is Game of Thrones Season 8 making its return?

During the 2018 Television Critics Association tour, HBO‘s programming president Casey Bloys offered a very brief update on when we will see GoT‘s final outing. Bloys was asked if he could elaborate on the 2019 release date.“First half,” is all he said.

Actress Maisie Williams appeared to say in an interview with Metro that the show will return in April 2019. In the interview, she reportedly said: “We wrap in December and we air our first episode in April [2019].  That’s a four-month turnaround for these huge episodes. You would not want to rush this season at all. We owe it to our audience and our fans to really do this final season to the best of our abilities.”

Then, Williams denied giving the quote reported by Metro, writing on Twitter: “This Game of Thrones release date ‘quote’ I’ve supposedly given is completely false and taken from an interview I did years ago.

Just a tweet letting you know this game of thrones release date “quote” I’ve supposedly given is completely false and taken from an interview I did years ago.

It’s also rumoured that the show could return as late as June next year. The clue came from visual effects supervisor Joe Bauer who said to the HuffingtonPost that season 8 will be a candidate for the 2020 Emmys, not the 2019 edition.

What has HBO revealed about season 8?

According to the entertainment channel, “The epic fantasy series Game of Thrones will return for its six-episode, eighth and final season in 2019.”

So who’s going for the chop in season 8?

Entertainment Weekly has reported, that a data scientist has run calculations with over 2,000 characters from GoT and figured out the likelihood of various character deaths. You can see them below. Poor Daenerys seems the most likely.

Why is season 8 taking so goddam long?

“They take the time they need to do the show at its highest level of quality. As the show has gone on, it’s gotten bigger — big battle scenes, big special effects. Here’s the one thing I can assure you: Dan and Dave were not sitting around on a beach waiting to go back to work..”

How many episodes will there be in Game of Thrones Season 8?

As confirmed by the show’s David Benioff and D. B. Weiss, Game of Thrones Season 8 will feature just six episodes. Highly likely that each episode will be a feature-length, ranging between 60 mins to 120 minutes.

Will there be any new characters in Game of Thrones Season 8?

According to the fansite Watchers on the Wall, the first prominent casting for season 8 is for a character called Harry Strickland – who, according to the books, is the leader of a mercenary group called The Golden Company.

Watchers also reported that a new character from the Frey clan may appear. Danielle Galligan has been cast as a character named Sarra, and Watchers have stated that the only Sarra to appear in the A Song Of Ice and Fire book series is Sarra Frey – one of Walder Frey’s granddaughters.

Also joining the cast is EastEnders star Alice Nokes, who Watchers report could be playing a non-book character called Willa, who is thought to be appearing in episode one, two or four of Game of Thrones season 8.

Is Game of Thrones Season 8 the last series?

Sadly, yes. Those at HBO have chosen to split the final seasons into a smaller set but will make lengthier episodes.

Is there a Game of Thrones Season 8 trailer?

Not exactly, but HBO has released a few seconds of footage as part of their upcoming new TV preview. The video begins with Daenerys asking, “Shall we begin?” Later, Jon Snow is seen asking her: “So what happens now?” and she says “Something extraordinary.

Is George R. R. Martin going to write the ending?

It’s uncertain just how involved he is with the show’s finale. Only weeks ago Martin said that he hadn’t caught up with Season 7 of the show, but in the previous series, he had several writing credits for episodes.

According to HBO’s President of Programming Casey Bloys, the show will shoot several different endings in a way to combat hackers and keep the finale secret.