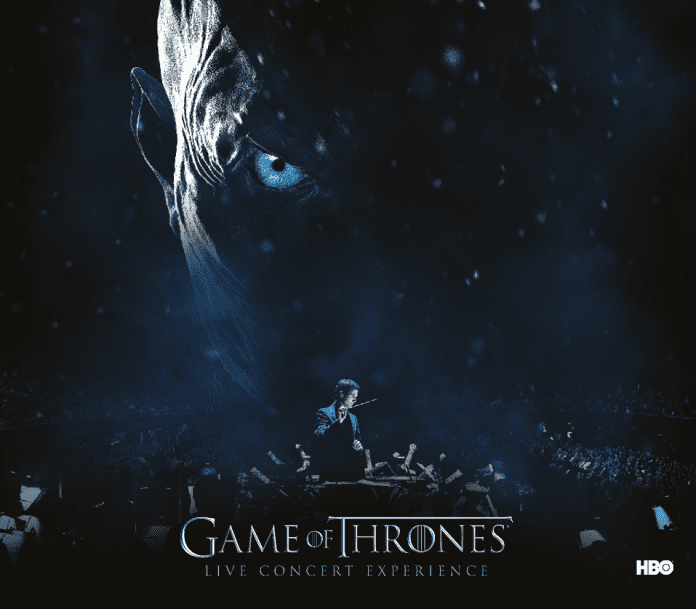 The Critically Acclaimed Game Of Thrones Live Concert Experience brings the world of Westeros to the 3Arena on the 24th of May next year!

Composer Ramin Djawadi will lead a choir, orchestra and soloists in The Concert Experience, taking fans of the Emmy Award-Winning HBO show Through The Seven Kingdoms in what The New York Times have described as “a symphonic spectacular.”

Tickets go on sale next Thursday, the 5th of October at 9am.

The critically acclaimed Game of Thrones® Live Concert Experience Featuring Ramin Djawadi will bring the world of Westeros to the 3Arena on 24th of May, giving fans the opportunity to watch Djawadi lead an orchestra and choir performing music from all seven seasons of the iconic, Award-winning HBO series. The Concert Experience will also include new music and footage from Season 7, as well as a new custom stage design and mesmerizing visuals courtesy of state of the art video technology.

“Bringing the Game of Thrones Live Concert Experience to audiences earlier this year was a dream come true, dating back to an idea hatched over three years ago,” said Djawadi. “The scale and spectacle of the production brought the world of Westeros to life in a truly immersive fashion, and I’m thrilled to have the opportunity to share the experience with fans not only in North America again, but also to cross the narrow sea for the first time and bring the show to Europe.”

The Game of Thrones® Live Concert Experience Featuring Ramin Djawadi was conceived by Djawadi three years ago but didn’t kick off until February of this year in North America. It was praised by critics and fans alike as a must-see show for fans of the television series.

Tickets for the concert experience in the 3Arena cost for €59.50 including booking and facility fees and go on sale Thursday 05th October at 9am from Ticketmaster.