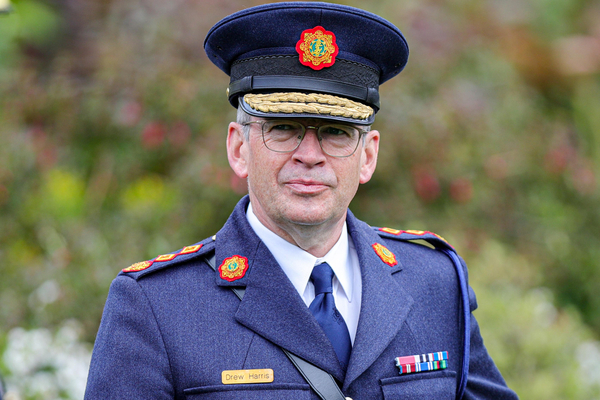 A member of the Gardai was sanctioned for two counts of neglect of duty, after a failure to properly investigate allegations of child sexual abuse.

Greater Manchester Police handed a comprehensive file to gardai, after it received a complaint about in incident which took place in Ireland.

However, the Garda watchdog GSOC says there was a ‘protracted period‘ where little action was taken to deal with the suspected offender, which meant he remained ‘a risk to children’.

The details were outlined in GSOC’s annual report, and Garda Commissioner Drew Harris says how the investigation was conducted wasn’t good enough:

“That shouldn’t have happened, that family deserved a far better response, so in no way am I saying that it was good enough, I’m not even remotely suggesting that,” said Commissioner Harris.

“There was an individual failure, so we don’t accept that it was good enough ourselves, and we have addressed that,” he said.

Asked if he accepted GSOC findings that children were left “at risk” due to garda inaction in the case, Mr Harris replied: “Yes, we acknowledge that, and we take that very, very seriously”.

Complaints made about gardaí to their watchdog increased by 12% last year.

According to GSOC’s annual report, neglect of duty and abuse of authority were the two most common reasons for complaint.

60 complaints were found to be in breach of Garda discipline with five decided in a court, involving charges of sexual or physical assault and theft.

Commenting on the increase in complains, Commoner Harris said he was “very concerned about making sure the behaviour of gardai is of the highest standard and that any garda should in effect be trusted to the ends of the earth”.