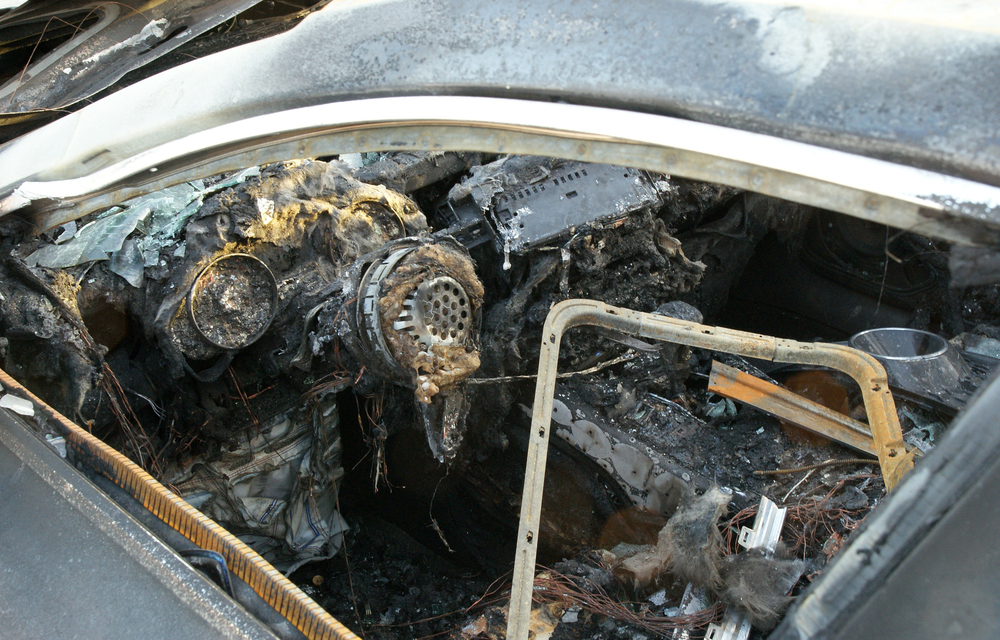 A High Court judge has made an appeal for changes following a ruling that the State didn’t have to compensate a Garda for the destruction of her car. That’s after it was burnt out by a drugs gang who targeted the car parked outside an unmanned Garda station.

Both the Garda commissioner and justice minister successfully managed to appeal a decision of the Circuit Court to grant Garda Niamh O’Malley €5,700. The claim was made in relation to her BMW which was set alight in the grounds of the Garda station in Clara, Co Offaly, at 3am on July 23, 2009.

Ms O’Malley was a member of a drugs unit based in Tullamore during the time and was targeted by a criminal drugs gang operating in the Midlands. The gang knew that she lived in the residential quarters of the station based in Clara.

The court heard Gardaí had made a large seizure of drugs and cash from the gang a few weeks previous to when her car was set on fire.

In his ruling, Mr Justice Donald Binchy said there is a gap in the Garda Síochána Code. The regulations contain conditions for compensating Gardaí for the loss of personal belongings arising in the course of their duties. The Judge confirmed the issue needs to be addressed.

Mr Justice Binchy said he had to permit the appeal based on the code but did so “with considerable reluctance”. The judge suggested the State should consider making an ex gratia payment to Ms O’Malley for the losses she had endured.

He stated her losses were the result of,

“a deliberate and planned attack upon the property of a Garda, with the intention of intimidating her from conducting her duties, which intimidation continued after the event.”

“I doubt very much if there is a single member of the law-abiding public who would not wish to see the plaintiff in these proceedings compensated for her losses.”

In evidence, Ms O’Malley said she sometimes used her BMW in the course of her official duties. She told the court she identified the person who set her car on fire from CCTV footage of the burning vehicle.

Ms O’Malley said she had no doubt she was being targeted by the gang because of her role in the drugs unit. Three weeks later, all the windows of the garda station in Clara were broken, while on another occasion her dogs had been left out of her garden. She was also threatened by the person who had broken the windows after their arrest.

The Garda was looking for €6,404 in compensation under the Garda Síochána Code arising out of her burnt-out BMW, which was worth €22,000 at the time of the attack.

Her claim was rejected by the State Claims Agency which said the State had no liability for any loss of private property of Gardaí in stations or official quarters.

It pointed out valid claims could only be paid up to an amount of €317.42 and was only payable when damage arose from a Garda action in the course of their duty.