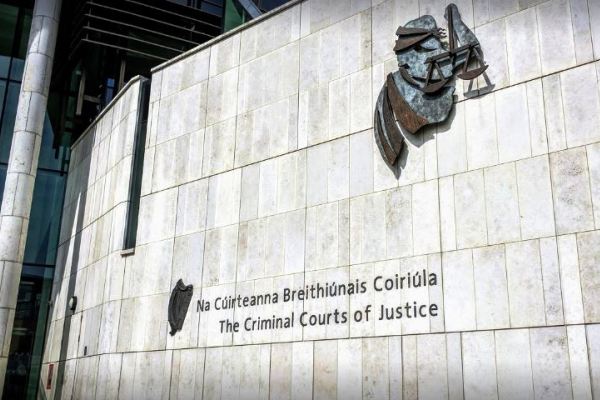 A Garda, Meihan Meng feared for her life as her husband choked her at their home last year, a court heard.

She claimed couldn’t breath as her husband choked her during an argument.

Kai Zhu admits assaulting Ms Meng. However, he denies the level of violence alleged by his wife. He claimed that she “started this” by hitting him with the child’s chair.

“Didn’t realise it was so serious”

Mr Zhu is an importer of PPE Equipment during the pandemic and former personal trainer. He went on to add, “It was a domestic fight, I didn’t realise it was so serious. In China it is common”.

He pleaded guilty to assaulting his wife.

Ms Meng, the Garda stated that she had just returned from a lengthy shift at work. She needed sleep and had asked her husband to take their daughter out to play.

However, he was “ignoring” her as he was preparing food and she then called her mother on Facetime.

She then asked her husband what was wrong with him. He then slapped her across the face, before punching her five or six times.

She also claimed that Mr Zhu used his left hand to choke her, while pushing her up against a press and punching her with his left hand.

Ms Meng, having blacked out from one of his punches had asked her husband, “you have just punched me six times, why are you so angry?”.

Ms Meng also claimed that Mr Zhu then dragged her to the living room, where he pinned her down on the floor, before continuing to punch her.

She had also alleged, that she “thought she was going to die because it was done so hard”.

According to a medical report, Ms Meng suffered brusing, swelling and contusions to her face. She also suffered psychological distress, diminished hearing along with an “attempted compression” hearing of the neck.

The Garda also said in a victim impact statement, “When I opened my eyes, he was still on top of me with one hand gripped around my neck”.

“I believed I would be dead, plain and simple, as I could only see all red and black from my eyes and I could barely breathe. I used my fingers to tap the floor to indicate to him that I could not breathe”.

“After the assault I was questioning myself about where did I go wrong, and why he would hate me so much”.

She also added, “I refuse to live my life as a victim of him”.

Mr Zhu in an interview said that the couple were both under stress and this row was about “trivial family issues”.

He admitted assaulting her, but that she had punched him in his eye. He said he slapped her “maybe 10 times”, but did not intend to hurt her.

When asked about her photographed injuries, Mr Zhu also said, “If I were to punch her it wouldn’t look like this, I was a personal trainer back in China,”.

Mr Zhu’s defence barrister also said that his client,“can only apologise for his completely disproportionate actions”, but was “adamant that he did not start the physical altercation”.

Keith Spencer also added that the altercation “erupted into a situation that should never have occurred”.