It’s reported that Gardai are searching for the whereabouts of a man known to them who previously survived a hit attempt. That’s as part of their investigation into a murder in Lucan.

Wayne Whelan, 42, was last seen on Monday afternoon and gardai are trying to establish his exact whereabouts.

According to garda sources they are thought to have been meeting someone they trusted when they were killed.

That was as a gardai forensic team worked to remove the body and car from the scene. 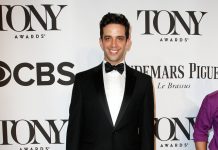