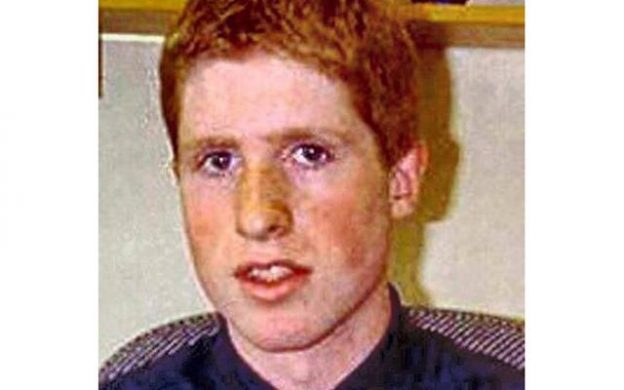 Gardai are again appealing for information over the disappearance of Trevor Deely in Dublin.

The County Kildare man went missing after going to his work Christmas party 19 years ago. Trevor Deely was reported missing on the 8th of December 2000.

The 22 year-old attended his work Christmas party the night before at the Hilton Hotel in Dublin city centre and then went to Buck Whaley’s on Leeson Street.

He left the nightclub between 2:30am and 3:25am – 10 minutes later Trevor called to his place of work at Bank of Ireland on Fitzwilliam Place.

CCTV footage of the back entrance of the building at 3:35am shows an unknown man who’s never been identified talking to Trevor at the back gate of Bank of Ireland Asset Management.

Trevor was last seen on CCTV passing the Bank of Ireland ATM on Haddington Road at 4.14am. Around 30 seconds later a man was captured on CCTV walking in the same direction as him.

Gardaí in Pearse Street are making a fresh appeal and say even the smallest piece of information, may help the investigation.

Intimidation As Builders Down Tools In Scenes Likened To ‘The Wire’

Gardai Vow To Nab Suspects After Family Forced To Leave Over...