Home News Gardaí Say Fatal Stabbing In Dublin Was a Row That Got Out... 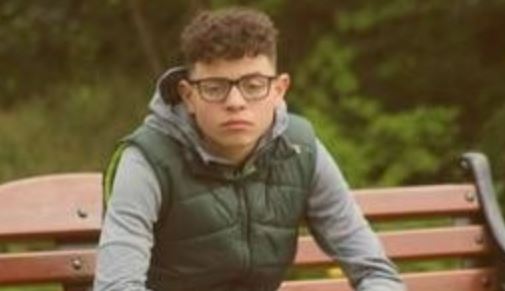 A teenager is helping Gardaí with their inquiries following the fatal stabbing of an 18-year-old in Dublin on Friday.

The teenager got in touch with Gardai at a station in south Dublin on Saturday afternoon. Azzam Raguragui was fatally stabbed at Finsbury Park, in Dundrum at roughly 8.10pm on Friday night.

Azzam was from the Dundrum area and was a student at De La Salle College in Churchtown. It is believed that a number of people were in the locale at the time of the incident.

Azzam was treated by emergency services at the scene of the stabbing and brought to St James’s Hospital where he later died. According to Breaking News, investigating officers are now following a definite line of inquiry. Any racial motive for the killing has been ruled out.

A post-mortem examination was undertaken yesterday afternoon, and Gardai carried out further examinations of the scene of the crime yesterday evening.

According to Dublin Live, a Garda source confirmed: “It was not a hate crime – it was just a row that got out of control. A group of youngsters were loitering in the park from the early evening when a row broke out.”

“Things escalated and a weapon was produced. In the scuffle that followed, young Azzam was tragically stabbed to death. It’s obviously tragic for the young man, his family and his friends and it’s shocking to think that this could happen in daylight in a park full of people just out enjoying themselves.”

In a statement from the Irish Sufi Foundation. Azzam was remembered as a “kind, courteous and respectful” young man.

The Muslim organisation also offered their condolences to Azzam’s family after receiving news of the “devastating and heartbreaking news. Azzam was a kind, courteous, respectful and cheerful young man who always had a smile on his face.”

The group said that Azzam was “bright, talented and ambitious with hopes to become a successful entrepreneur. Such a tragic loss. A wonderful young life full of potential cut short.”

Over €10,000 has been raised so far via a GoFundMe page which has been set up in his memory.

Superintendent Martin McGonnell has asked for privacy for the family of the deceased at this time he also expressed his thanks to all the members of the public who have provided information in relation to this investigation.

Gardai continue to appeal to anyone who may have witnessed this incident or who may have information to contact Dundrum Garda Station 01-666 5600, the Garda Confidential Line 1800 666 111 or any Garda Station.

A male teenager presented himself to gardai investigating the fatal stabbing of an 18-year-old Azzam Raguragui in a park in #Churchtown, South #Dublin. Tributes have been paid to the victim since his death on Friday night https://t.co/qJXq87wP0R pic.twitter.com/hWS98Wj5vg