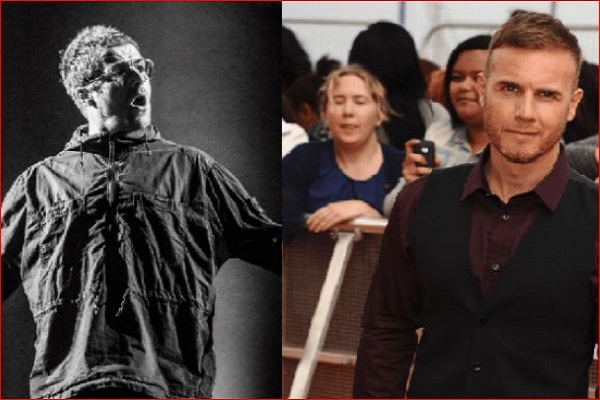 Gary Barlow has laid down the gauntlet with Liam Gallagher to a drink-off, while also maintaining that he’s the only “fun” member of Take That.

The boyband are gearing up to celebrate their 30th anniversary in 2019, with a rake of UK stadium and arena gigs. The tour will see the chart toppers play six nights at London’s O2 Arena in May.

Barlow discussed his touring party lifestyle and suggested to The Mirror that Liam Gallagher could learn some lessons from a trip down the pub with the pop star. “I would like a drink with Liam for sure – show him a thing or two. But I’m the only one who is any fun,” he added. “Stick with me. I am the last one standing.”

Fellow Take That bandmate, Howard Donald, supported Barlow’s bold claims, confirming that the singer “had 17 glasses of wine in one night.” In 2016, Gallagher took a shot at the Take That member as he criticised his brother Noel’s fashion sense. Calling his older brother “a potato”, he added that he “dresses like Gary Barlow”.

Meanwhile, our kid Liam has claimed that “beige boy” Noel is “begging” to play at next year’s Glastonbury festival. He said that Noel “doesn’t want to be going on before or after me as I’ll embarrass him”. Earlier this week, Noel expressed his desire to perform at Worthy Farm in 2019. Speaking to The Mirror Online, Noel expressed his intentions,

“I would absolutely love to play Glastonbury next year,” he told . “I love that festival but I’ll probably be fourth on the bill.”

Paul McCartney’s New Album Has Been Delayed By A Week