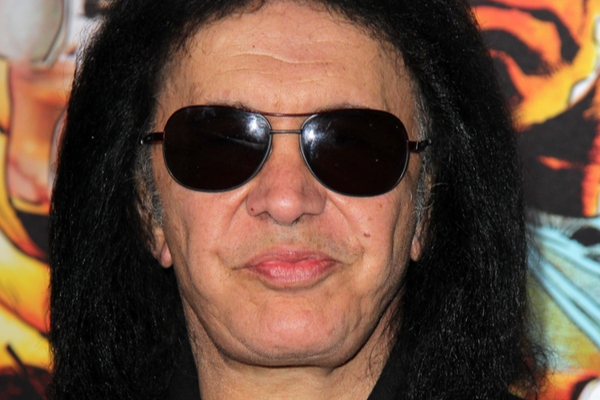 Gene Simmons has apologised for comments he made about David Lee Roth in a recent interview.

Having initially opened KISS’s farewell tour before it was called off due to the pandemic, Simmons had confirmed that the Van Halen frontman would not return for the tour’s resumption.

Simmons also called Roth the “ultimate frontman”. But he went on to say that he was “not in his prime” anymore.

“I prefer to remember Elvis Presley in his prime. Sneering lips, back in Memphis, you know, doing all that”, he added. “I don’t want to think of bloated naked Elvis on the bathroom floor”.

This prompted a fairly emphatic response from Roth, who took to Instagram to send the middle finger to Simmons. Check that out here.

Simmons and his “stream of consciousness”

And now, in a new interview Simmons has apologised for his remarks. He attributed the comments to his “stream of consciousness” way of expressing himself.

“I don’t mean to hurt people’s feelings, and every once in a while, diarrhoea of the mouth comes out”, he said.

“I read that quote, and somehow, the way they put it together, I think I said something like, ‘Nobody touched David in his prime”, he continued. “Not Robert Plant, not [Mick] Jagger. He was the king”.

“Then somehow, there was a segue to, ‘Elvis, bloated on the ground, fat and naked,’ and ‘I don’t want to see that”.

“I wasn’t talking about David, but that doesn’t matter”, he added.

“What matters is I hurt David’s feelings, and that’s more important than the intent. So, I sincerely apologise for that. I didn’t mean to hurt his feelings. It reminds me of the guy that gets out of a truck and says, ‘Hey I’m sorry, buddy, I didn’t mean to run you over.’ Well, what the f***’s the difference? You’ve been run over”.

Back in June, Gene Simmons revealed that the fans enjoyed it when his fire breathing stunt went wrong during the band’s first concert. More on that here.