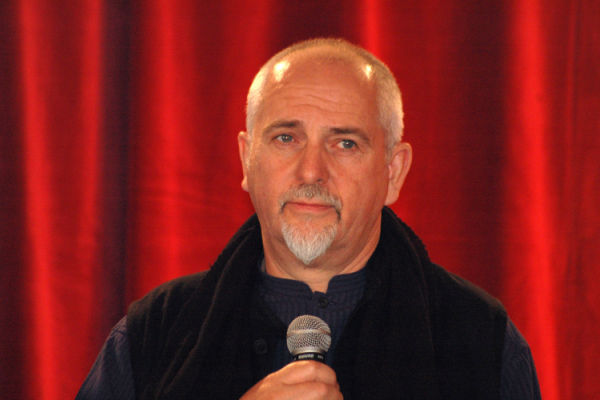 The set has also been curated by long time Genesis producer Nick Davis, alongside band member Tony Banks. It will arrive on March 10.

Along with their performance at Wembley, the set also includes recordings from Genesis’ appearances at John Peel and Night Ride.

Other Genesis shows featuring on the set also include the 70s Night Ride sessions, along with their 1998 shows at the NEC and Paris Theatre.

Genesis popular encore version of Watcher Of The Skies from Wembley’s Empire Pool in 1975 are also included.

Speaking of Peter Gabriel, the former Genesis singer has been busy, releasing a brand new single ‘Panopticom’ from his forthcoming album ‘i/o’. More on this here.

“The first song is based on an idea I have been working on to initiate the creation of an infinitely expandable accessible data globe: The Panopticom. We are beginning to connect a like-minded group of people who might be able to bring this to life, to allow the world to see itself better and understand more of what’s really going on”, Peter Grabriel said of the song.

The former Genesis singer also spoke about the album.

“Some of what I’m writing about this time is the idea that we seem incredibly capable of destroying the planet that gave us birth and that unless we find ways to reconnect ourselves to nature and to the natural world we are going to lose a lot”.

Brian May Says Bohemian Rhapsody Will Be “Hard To Follow”