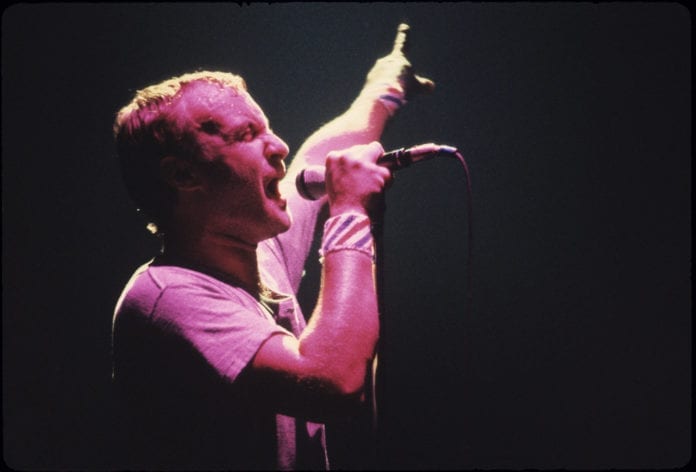 Phil Collins says he is into the idea of a Genesis reunion on one special condition. That’s if his son Nicholas, age 17, would join the band on the drums. The former Genesis frontman is suffering from nerve damage, which makes it hard for him to drum and walk. Nicholas previously gigged with his father last year. That was playing the drums on the Not Dead Yet! tour.

Speaking to Rolling Stone, Collins admitted that he ‘wouldn’t say there isn’t not a possibility,’ concerning a Genesis reunion. Me, Mike Rutherford and Tony Banks are pretty close still. I can’t imagine what it would be like if I didn’t play the drums, but anything is possible.”

Collins explained that Banks didn’t say no to the idea of a reunion, “I’m saying this to you … I haven’t really said it to Tony and Mike,” “I did mention to Tony very quietly if we did anything again it would be with Nic on drums. He kind of didn’t say no. But I’m not sure if he heard me or not.”

The iconic band last performed together in 2007 as Phil Collins, Mike Rutherford and Tony Banks. That was to celebrate Genesis’ 40th anniversary. Both Rutherford and Collins have talked about reforming the band in the past couple of years. Keyboardist Banks also fueled speculation by refusing to deny the prospect of a Genesis reunion down the road.

In an interview with to Louisville’s WFPK  Banks said that he’d definitely be open to the idea of a reunion. He remarked that he and Rutherford “see each other all the time and get on well.” He did note that Collins would have to be up to the task, “we don’t rule it out. It’d be fun to try, but Phil’s gotta survive his tour first of all and we’ll see where it goes.”

Banks added, the one “slight problem” that the band would have to overcome was that “Phil’s our drummer and he can’t drum anymore.” And on this day, 16th August, Peter Gabriel announced that he was leaving Genesis. The group auditioned more than 400 singers during the next 18 months before deciding on Phil Collins!