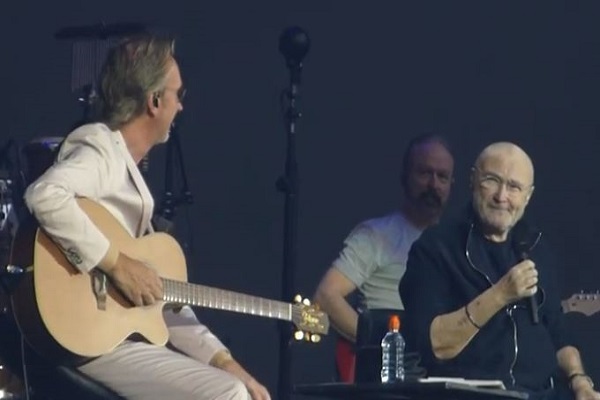 Rock Legends, Genesis are going to reunite for their first tour in 13 years. Phil Collins, Mike Rutherford and Tony Banks will perform at the 3Arena in Dublin on November 16th.

That’s as part of their ‘The Last Domino?’ tour of Ireland and the UK. The Dublin show will be their first live outing together since the hugely successful ‘Turn It On Again: The Tour’ in 2007.

The band, all aged 69, will be joined by Collins’ 18-year-old son Nicholas on drums and long-standing associate Daryl Stuermer on both guitar and bass. Collins Snr. is unable to play the drums due to a nerve problem.

Genesis are delighted to announce that @tonybanksmusic, @PhilCollinsFeed
and #MikeRutherford will be touring the UK in late 2020! Tickets go on sale on Friday at 9am.
More info here https://t.co/L0KvJuBNRw #lastdomino pic.twitter.com/X2RodjlpkJ

Peter Gabriel, one of the group’s founding members, will not be involved in the reunion. Tickets will go on sale on Friday. As yet it seems like most venues are listed as TBC, for more info go to the band’s website here.