Home Music News Gilmour Said It Seems “Pretty Unlikely” That He And Waters Will Ever... 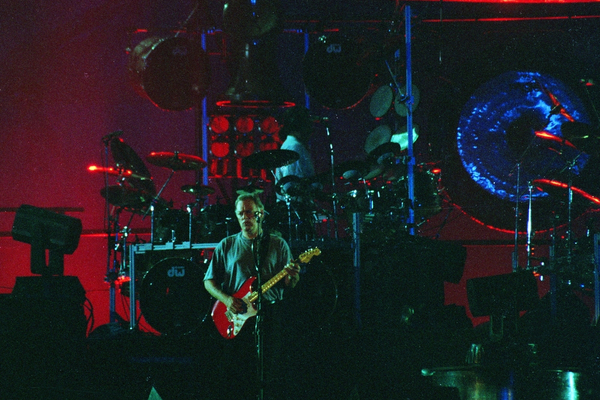 David Gilmour has declared it “pretty unlikely” that the disagreements he shares with Roger Waters would ever be resolved. The Pink Floyd pair have recently been at loggerheads over a planned reissue of the band’s 1977 classic album, Animals.

Waters recently posted a lengthy statement on his personal website, explaining why he thinks the mooted re-release has yet to see the light of day. The ‘Floyd bassist revealed he and Gilmour are bickering over the inclusion of liner notes on the re-release, written by Pink Floyd biographer Mark Blake. In the statement, Waters declared, “Gilmour has vetoed the release of the album, unless these liner notes are removed.”

“This is a small part of an ongoing campaign by the Gilmour – Samson camp to claim more credit for Dave on the work he did in Pink Floyd, 1967-1985, than is his due. Yes, he was, and is, a jolly good guitarist and singer. But… he has for the last 35 years told a lot of whopping porky pies about who did what in Pink Floyd when I was still in charge.”

On his site, Waters has revealed that he has now agreed to the album’s release, minus the disputed liner notes. The bassist then posted an extract from Blake’s essay on his website, before adding; “thanks Mark, sorry you were redacted”.

“I am agreeing to the release of the new Animals remix, with the sleeve notes removed. Good work James Guthrie by the way, and sorry Mark Blake. The final draft of the liner notes was fact checked and agreed as factually correct by me, Nick and Gilmour. Here they are, enjoy, there’s nothing controversial, just a few simple facts.”

Speaking with Rolling Stone magazine before Waters’ update, Gilmour said it is “pretty unlikely” the pair will resolve their differences. However, the guitarist did acknowledge that their disagreement over the inclusion of the new liner notes was the sticking point.

“A very lovely Animals remix has been done [by James Guthrie, who worked as Floyd’s studio engineer from 1978],” Gilmour stated, “but someone has tried to force some liner notes on it that I haven’t approved and, um, ‘someone’ is digging his heels and not allowing it to be released.” Referring to his former bandmate Waters, Gilmour continued, “he’s just getting a bit shirty. You know how he is, poor boy.”

Rolling Stone writer Kory Grow expressed his hope that a compromise might come, although Gilmour said it was, “pretty unlikely, I’m afraid”.

“There’s a lot of misinformation, and I’m not keen on constantly responding to every bit of untruth that I hear about myself and what I’m doing. There are packs of lies and information I’ve allowed to sit out there but my general view is to swallow and … it’ll all come right one day in one way or another,” Gilmour declared.

In the wake of Waters’ update, Rolling Stone asked Gilmour if he wished to respond to his former friend’s comments, but the guitarist issued no further comment.

How Brandon Flowers Met Bernard Summer – Not The Most