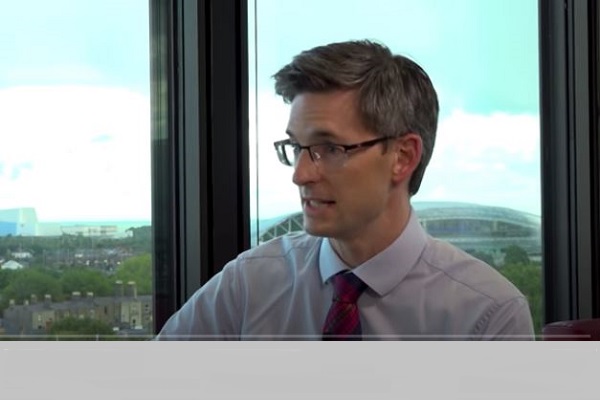 Ireland has passed the worst of the Covid-19 pandemic this year, according to the Deputy Chief Medical Officer. In an announcement last night, Dr Ronan Glynn said he is hopeful that the country will not reexperience what happened in January.

Last night, NPHET reported six further deaths and 829 new cases of the virus, which is showing “steady progress” in the fight against the disease. This has led Dr Glynn to believe that there are many reasons to be optimistic.

“We have already passed what is the worst of this disease, this year,” declared Glynn. “[Hopefully] we will not have to back through what we went through in January, again. I think there are many reasons to have confidence that that is the case.

“First and foremost is the performance of the population over the past number of weeks and their willingness to keep going with these measures,” said Glynn. “On top of that, we have vaccination being rolled out.”

Dr Glynn did, however, cast doubt on the Government’s plan for reopening the construction sector on March 5th. He stressed that the reopening remains uncertain for next month, as he said case numbers still need to improve before people can begin to think about restarting industries.

Glynn believes that the focus should be firmly on core priorities, such as reopening schools and restarting non-COVID health services. The Deputy Chief Medical Officer added that “we do not envisage adopting mandatory vaccination as part of this programme”.

Although Glynn believes there will be people who have concerns, he said “we need to address those concerns and provide people with the necessary information to allow them to make an informed decision. And hopefully, make a decision to get vaccinated.”

Over 230,000 doses of coronavirus vaccine have been administered in Ireland, including over 150,000 first doses and almost 80,000 second doses. There has been a further 68 Covid-19 deaths and 556 new cases reported today. 50 of these deaths occurred in February, 15 occurred in January while two occurred in December. It means Ireland has recorded its lowest number of daily Covid-19 cases in almost 2 months.