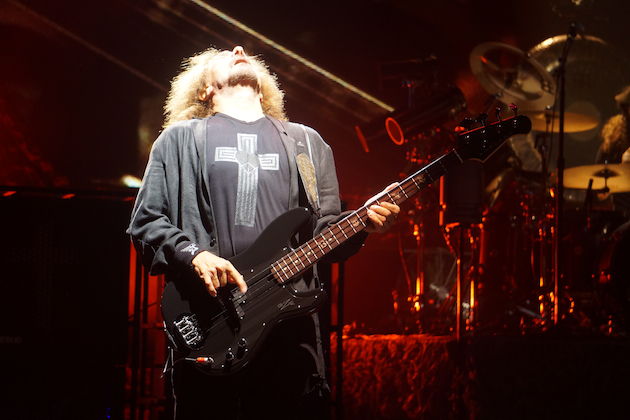 When former Guns N’ Roses drummer Matt Sorum made a call to the legendary Geezer Butler of Black Sabbath, things were to change for the rocker.

The phone call changed his life course causing him to reflect on retiring and giving up music.

What emerged from the conversation was a brand new band with Butler joining forces with Sorum, Billy Idol, guitarist Steve Stevens and Apocalyptica and ex-Scars On Broadway singer Franky Perez to form the group Deadland Ritual.

Geezer was speaking to Classic Rock via Antimusic as to how it all had started. He told the magazine, “I thought I’d been in my last band. I even swore to myself that was it, never again.”

I didn’t even look at a bass for a year. I did believe in retirement until I actually did it. Geezer explains how he had got hooked watching TV every day and had basically turned into a couch potato.

When he got the call and was asked if he wanted to join a band, he was immediately interested as certainly life was more fulfilling to him with a band on the go.

He says, “I’ve been in a band for the past fifty years. It’s just what I’m used to. I thought I could do without it, but I can’t. So I’m glad to come out of retirement. I’m trying to get it all off now, get all my fat off.”