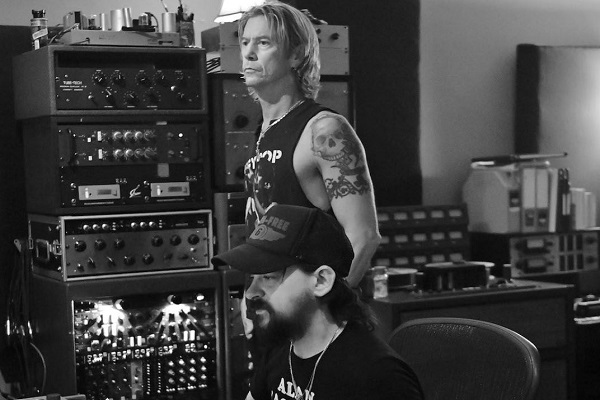 Bassist with Guns N’ Roses Duff McKagan has announced a new solo record, which is called Tenderness, and will drop on May 31st.

The rocker has also revealed a new song, “Chip Away” which is streaming below. McKagan described the new single in a press release:

“‘Chip Away’ is somewhat of a rail against cable news and divisive agendas… all for the almighty dollar. The song also highlights the fact that history repeats itself over and over, says that we will all get past this, together.”

Tenderness will be produced by Shooter Jennings. The album is a robust 11 tracks, with both “Chip Away” and “Tenderness” and available as instant downloads if you pre-order the record from here.

The album comes on a 180-gram yellow-and-red starburst vinyl, the CD, and an exclusive lithograph numbered and signed by McKagan is also available.

As well as this is the limited edition 40-page deluxe book, complete with photos from the recording sessions and personal notes from McKagan detailing each song on the album.

Pink Floyd Unveil New Plaque At University Where they Formed 50...