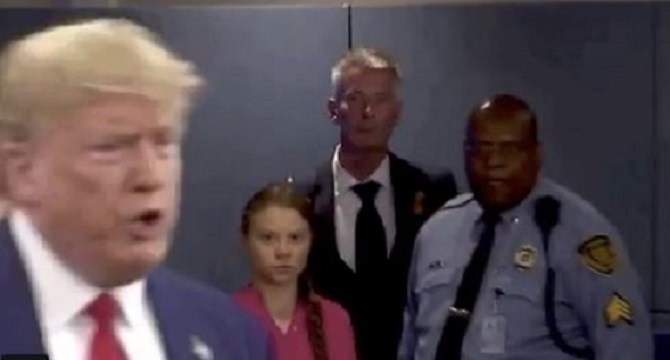 At the summit Ms Thunberg gave an emotional speech to delegates urging them to become more pro-active in the bid to halt rising temperatures around the world.

However, Greta she was also spotted at the summit reacting to the US president as he waddled past her. As she laid eyes on Mr Trump she shot him an unforgiving a glare in his direction.

Check out the out the moment she laid the daggers on the POTUS below!

Greta Thunberg’s glare at Donald Trump is giving me the energy to get through this Monday pic.twitter.com/xdM0rdI2ln