Home Music News Sadly Not As Nostalgic Without – GTA Trilogy Leaves Out Some Notable... 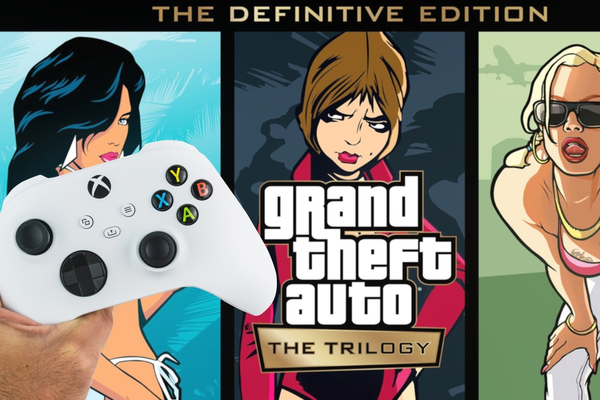 Everyone’s favourite ‘80s video game is back with the new Grand Theft Auto: The Trilogy – The Definitive Edition. However, fans of its nostalgic radio stations will quickly notice a few decent hits of the decade missing from the remastered versions of their GTA favourites.

Everybody who played the original games love the radio stations of the GTA universe, with many musical libraries stemming from their memories of playing. The original GTA trilogy had some of the best radio stations, playing the music of the time and some nostalgic classics.

However, their remastered versions have many songs left out due to Rockstar having unfortunately lost the licensing rights. Vice City and GTA San Andreas have had the greatest number of expired contracts due to the games being so old.

GTA Liberty City, commonly referred to as GTA III, is less hampered by the news as real songs – so to say – did not feature in the game. However, although many of the songs that appear in the game were written specially for the soundtrack, a large number of tracks were contributions by real artists.

Throughout the trilogy, it sadly appears that of all the genres of music within the game, rock seems to have been hit the worst. Heavily featuring in the games, rock has given GTA some very unique characteristics and some pretty cool features. From the creation of Vice City hellraisers, Love Fist, to Axl Rose hosting the rock station in San Andreas! The Guns ‘N’ Roses frontman adopts the persona of Tommy ‘The Nightmare’ Smith, of the classic rock station KDST The Dust.

Some of rock’s classic tracks have been taken out of the remastered versions with classic songs like; Tom Petty’s Runnin’ Down A Dream, Joe Cocker’s Woman to Woman, Rage Against The Machine’s Killing In The Name, and Quiet Riot’s C*m On Feel The Noize.

Ozzy Osbourne suffers most of the rock artists in the GTA ‘radiosphere’ as two of his tracks have been removed from the remakes. 1983’s Bark At The Moon and 1991’s Hellraiser have both been horrifically taken away from our beloved video games.

Check out the list below of all tracks that have been taken out of the remastered versions of the classic GTA series.