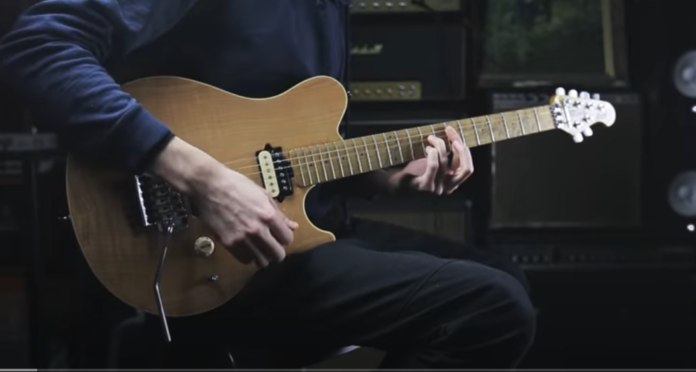 We all know what a difficult year 2020 was for so many. The entertainment industry was no different, with so many shows getting postponed or cancelled, it was and still is a testing time for so many sectors. However, if you work for an industry that makes guitars? Then, your sector might just be one of the few exceptions to this trend.

September 2020 saw a year where guitar sales went through the roof! Guitar Center reported a triple digit sale growth for most top brands on its website. A Sweetwater representative said, “it feels like every day is Black Friday”. Another company, Fender also posted their best sales in its entire history.

Sweetwater surpassed $1 billion in revenue sales for the first time in its 42 year history. They also added that they sold around 1,000 guitars daily.

Reverb CEO, David Mandelbrot said “Based on what we saw in 2020, one thing is certain: The guitar is thriving”.

Mandelbrot also said, “Orders and searches for guitars have been up significantly, including an increase in searches for popular guitar brands like Fender, Gibson, and Taylor, as well as searches for music gear that you pair with your guitar, like amps, guitar straps, effects pedals, and more”.

In a recent interview to Rollingstone magazine, Gibson CEO, James “JC” Curleigh said,“more guitarists have been created and engaged than in the previous 10 years combined”.

Mr Curleigh described the Summer period as “challenging”, but explained that “since then, we’ve been more than making up for it.”

This pandemic also saw so many first time buyers of musical instruements generally. “JC” Curleigh has said that people have become increasingly keen on playing a guitar. People of all ages.

He said, “A lot of people said, ‘Hey, I’ve always wanted to play guitar. “So, guess what? All of a sudden, beginners came into to it. Intermediate players who had sort of gotten to a certain level, picked their guitar up again and started playing. And advanced and expert players were like, ‘Oh, my god, I have a wish list for this guitar. Life’s too short not to have my dream guitar. I’m going to buy it”.

He added, “I fundamentally believe, in the last year, more guitarists have been created and engaged with, than in the previous 10 years combined. If we manage this dynamic as an industry, we’ve got a whole new generation of guitarists for the next 10, 20, 30 years”.

As well as a guitar, QRTR, a DJ based in New York posted a unique video of her cat Madison, who appears to be a candidate for the most musically talented animal in the world. QRTR, posted a video on Instagram of her cat on the keyboard, creating a unique sound.

We brought you the news recently about a Buddhist monk covering rock tracks. Why not listen to both an see what sounds better?

Watch Robert Plant Blow Out Candles On His 74th Birthday