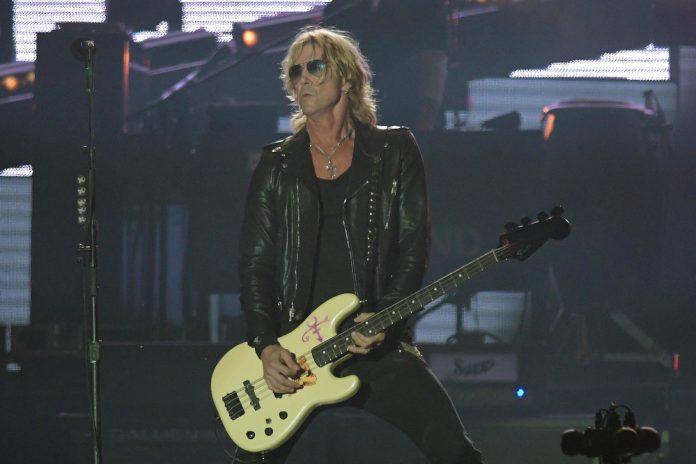 The GN’R bassist opened up to Chris Cornell’s daughter about his struggles with addiction in a recent podcast.

McKagan recalled having his first panic attack at age 16, when he was taking a shower and thought the floor had dropped three feet under him: “Suddenly I couldn’t breathe, and I was sweating in the shower … and I remember just pushing the shower door open and crawling out on the floor, and yelling for my mom.”

He also spoke about his addiction with alcohol saying: “What happens is, with alcohol, there’s so much sugar in alcohol, with a guy like myself, and I think with your dad, as well, you can’t just do a little…. In my case … I got up to a full gallon of vodka a day,” he explained.

“And then I was doing cocaine, too … Cocaine is not good for panic attacks. … So I would take pills to bring me down from too much cocaine and alcohol.”

You Could Own Jimi Hendrix’s Electric Guitar!