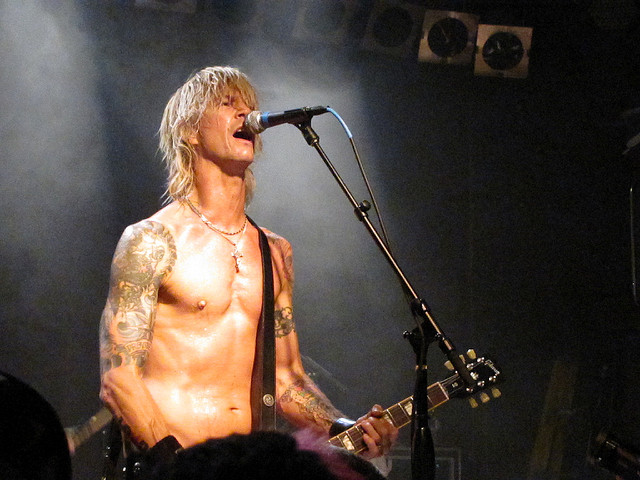 Duff McKagan has spoken out in favour of stricter gun laws in the US.

Writing in a column for Noisey, the bassist said “There is some super-heavy shit going down in the world right now. I don’t need to pile on and write some piece-of-shit article to create another snazzy social media ‘headline’ for people to click on and fucking ‘like.’” he continued, “When President Obama came out with his announcement of trying to procure background checks for online sales and at gun shows, I was slightly stunned that this practice hadn’t been in use since the, uh, the advent of modern-day gun sales.”

McKagan went on to discuss the Republican and Democratic party systems and his lack of support for any particular party, “This Republican/Democratic schism is so rank and divisive; I’m just not sure how any of us could pick one party or the other. I think I used to be a Democrat, but some Republican ideas work great too, and socialism too, has done great things for the financial safety nets of this country. If we could just scrape up and pool all of the good ideas that work….that’d be my new party allegiance. No, I don’t claim a party, because they are all mostly assholes at this point.”

McKagan concluded that “I’m just a regular guy, neither ‘pro’ nor ‘anti’ gun…and I understand and respect the right to bear arms, but do some of you actually think we maintain this right still for the sole purpose of the ‘in case’ of our own government somehow taking over (as opposed to fighting off the English imperialistic monarchy in 1775). This all seems as basic to me, as banning sales of guns here for people who are on the no-fly list. Is there something I am missing here?”

You can read the whole column here.