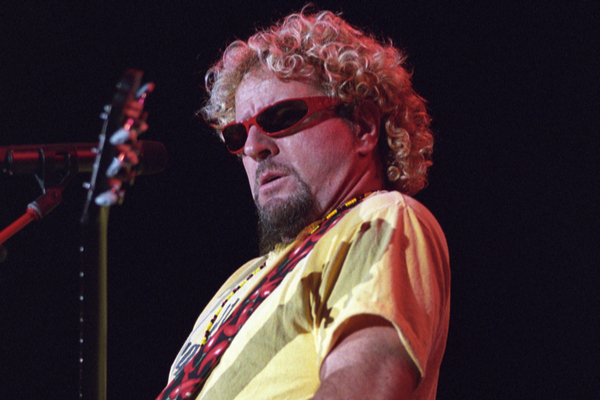 In his memoir Red: My Uncensored Life In Rock, Hagar talked about Van Halen’s drinking habits and his strained relationship with his bandmate.

Van Halen passed away in October 2020, after a long battle with cancer.

“unfortunately it’s in the book”

Hagar revealed that if he was writing the book now, he would focus on Van Halen’s “genius”.

“Because of the untimely and tragic death of Eddie Van Halen, I apologise from the bottom of my heart for exposing his dark side to where I don’t think anyone wants to hear that now, and, unfortunately, it’s in the book”, Hagar told Brazil’s Inside With Paulo Baron

“If I wrote the book today, I would only put the good of Eddie Van Halen, because he was such a brilliant, genius guitar player and such a great friend and a great partner, until everything went wrong, like everything else”.

“No one knew a lot of that about Eddie”, Hagar said on the revelations made in his book about Van Halen. “But they’d see him on stage and they would think, ‘Why is he acting like that?’ And I would say, ‘Well, you should have seen what happened backstage. Holy f***!’”.

“If we’d have known he was sick then, then I would have understood and I would have been a little more, ‘Hey, Ed, come on,’ try to reel him in”, added Hagar.

“But he was impossible. He was on a track of just wild. It was tough”.

Back in 2018, Hagar also apologised for remarks he made about his former bandmates since he left Van Halen. More on that here.

Hagar called Van Halen “The sweetest guy in the world”

Hagar went on to call Van Halen “the sweetest guy in the world”, but he did reveal that he possessed another side to him like a raging “volcano”.

“When Eddie Van Halen walked into my dressing room in that show in Anaheim Stadium with Boston and Black Sabbath, that was one of the sweetest people, most humble human beings I’ve ever met in my life”, he said.

“I thought, ‘How can this guy play so badass and be that humble?’ I thought, ‘It’s impossible. He must have a fire inside of him that he’s not showing.’ And when that fire came out, it was quite the fire — a freakin’ volcano”.

Black Sabbath guitarist Tony Iommi was a close friend of Eddie Van Halen. Back in March, Iommi said he could tell Van Halen’s health was deteriorating rapidly from the last email he received from the late musician. More on that here.