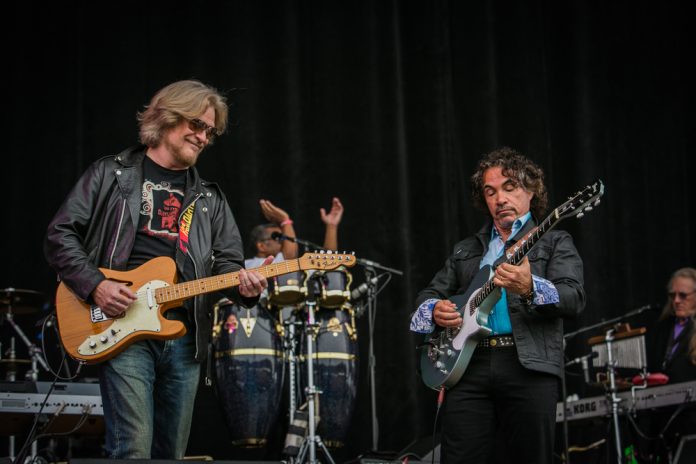 Today it was announced that Daryl Hall and John Oates will travel to Ireland this summer to play two dates, the Iveagh Gardens Dublin on 5th of July and Live at the Marquee Cork on 8th of July.

Daryl Hall & John Oates have become such musical influences on some of today’s popular artists that the September 2006 cover of Spin Magazine’s headline read: “Why Hall and Oates are the New Velvet Underground.” One of the most sampled artists today, their impact can be heard everywhere from boy band harmonies, to neo-soul to rap-rock fusion.

“Rich Girl”, “Kiss on My List,” “Private Eyes”, “I Can’t Go For That (No Can Do)”, “Maneater” and “Out of Touch” are just some of the songs that have made Hall & Oates the number-one selling duo in music history.

John Oates released his memoir, Change Of Seasons in 2017. Relying on his many handwritten journals, he brings to light many fascinating stories, ranging over his entire life and shares his highs, lows, triumphs, and failures, taking the reader on a wild ride through all the eras, personalities, and music that have shaped him into who he is.

In March 2014, Eagle Rock Entertainment released their first new concert video in seven years: Daryl Hall And John Oates: Live In Dublin on DVD+2CD, Blu-ray and Digital Formats. Filmed at the Olympia Theatre on July 15, 2014, this set features the duo’s first ever concert performance in Dublin.

Tickets for Hall & Oates go on sale this Thursday 7th March and will be available from all usual Ticketmaster outlets Nationwide and www.ticketmaster.ie

Marilyn Manson Speaks About His Relationship With Twiggy Ramirez