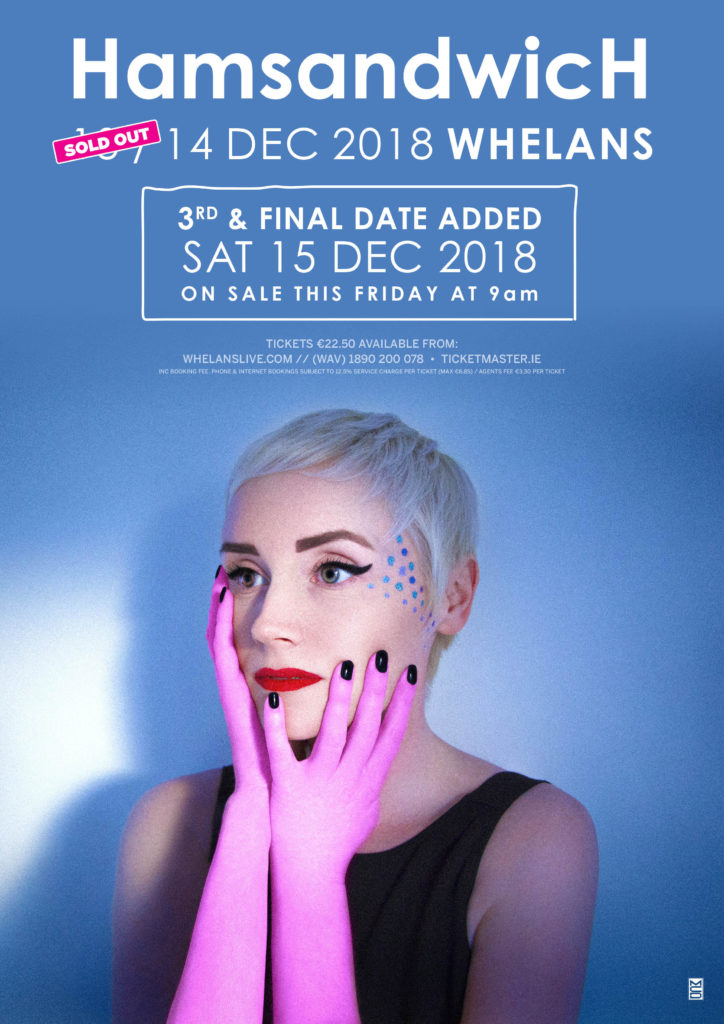 HamsandwicH have just announced they’re adding a third and final date to their live performances at Whelan’s in December.

Having sold out Dublin’s prestigious Olympia Theatre three times, they’ve also supported Arcade Fire and The Pixies and played on the main stage at both the Electric Picnic and Longitude Festivals.

Hot on the heels of their triumphant return to The Electric Picnic and the IndiePendence Festival ‘18, HamsandwicH return to their roots with a special show in Dublin’s Whelan’s on 15th December.

Tickets for HamsandwicH at Whelan’s on the 15th of December €22.50 on sale tomorrow, Friday 26th October at 9am from Ticketmaster