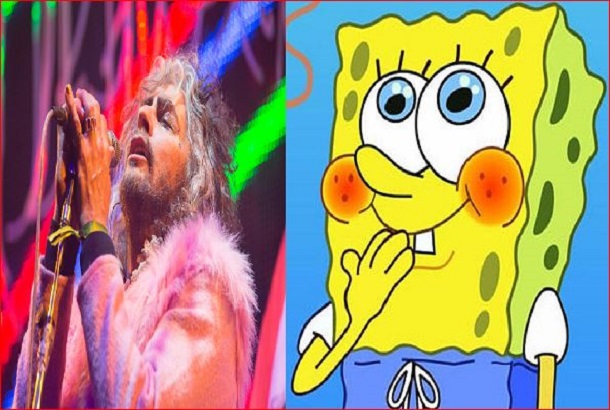 The Flaming Lips have added another accomplishment  to their varied career, the track, ‘We Only Have Tomorrow,’ is out now as a standalone single, and you can hear it below.

Last month, alt indie stalwarts the Flaming Lips were among an unusual collection of artists who were nominated for a Tony Award for their artistic contribution to the new Broadway extravaganza SpongeBob SquarePants: The Musical.

The musical has a whole rake of songs from famous artists, so the Lips shared their Best Original Score (Music And/Or Lyrics) nomination with They Might Be Giants, and Aerosmith’s Steven Tyler and Joe Perry, among many more. The Lips delivered an original song to the production, a starry-eyed ballad called ‘We Only Have Tomorrow.’

Speaking to Billboard recently, Flaming Lips frontman Wayne Coyne revealed what it’s like to have a song in a hit musical and to have that musical nominated for a Tony: ‘It’s hard for me to take credit for it, because it’s been such an insane production and the stuff they did with the music… We provided them with layers of demos and lyrical ideas over time, but the story kept evolving.’ Coyne also expressed his wish for SpongeBob to win the Tony.

Now the Flaming Lips have shared their own version of ‘Tomorrow Is.’

Meanhwhile, head of their live date at the Galway Arts Festival on Thursday, July 26th, The Flaming Lips have announced their first official ‘hits’ collection on Warner Bros records to be released on June 1st.  The band have shared an unreleased rarity, ‘The Captain‘.