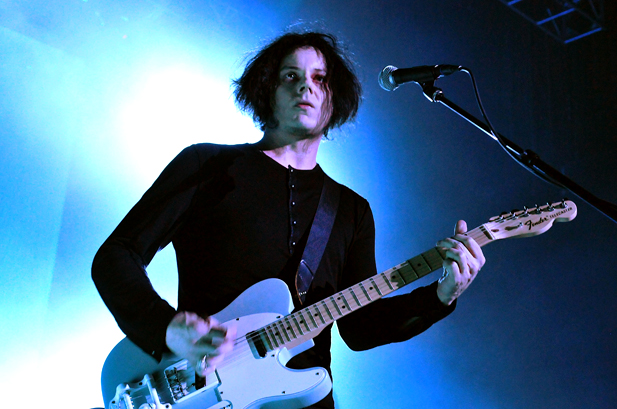 This week is Cassette Week and in the run-up to ‘Cassette Store Day’ on Oct. 13th, various artists are being honoured to celebrate the humble cassette tape and its important influence on music.

A recent discovery is being hailed by experts as one of the rarest cassettes in existence. This tape is finally seeing the light of day. It’s a 1997 recording of Jack White singing on a cover of Blondie’s “One Way or Another”.

Put together and recorded by a gang going by the moniker of “400 Pounds of Punk”, the tape is called ‘He Once Ate A Small Child.’ Jack White served as sound engineer on the offering, while also sharing lead vocal duties on the unlisted hidden fifth track, “One Way or Another”.

Here’s a sample of the special cassette,

Speaking to Discogs, Sean Bohrman of Burger Records explained how they started a resurgence of band’s using cassettes to promote music, “We got a lot of flack for releasing cassettes at first. Most people didn’t understand why anyone would start making and selling tapes in what was believed to be the digital age. The manufacturer we contacted had just sold most of his cassette-making equipment, thinking that he would be getting out of the business and only making tapes for the few churches that still made recordings of their sermons.”

“But beyond belief, people did buy our tapes, and they kept buying them. So we kept making them. After a few years of releasing cassettes, other labels began to see the value in the format and started making their own tapes. A real movement started with a format that everyone believed to be dead, and Cassette Store Day was started in the UK.”

Check out this story and more in Nova’s Seriously Addictive Music News!