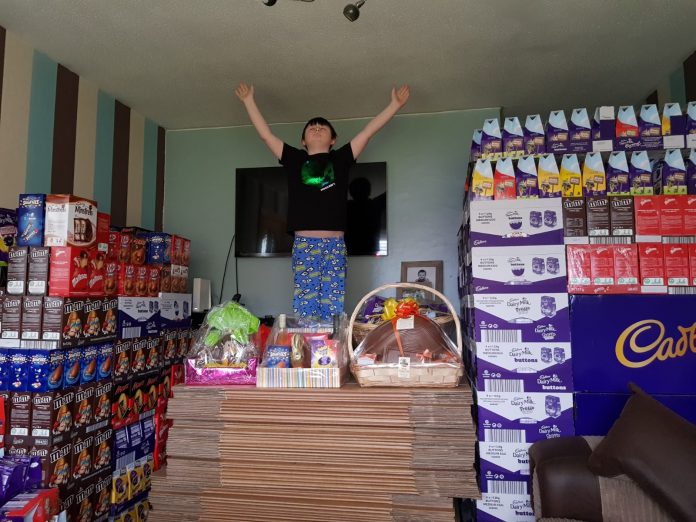 A young lad from Clondalkin is collecting Easter eggs for frontline workers and the homeless.

9 year old Daniel McGowan from Greenfort and his mother Linda told Colm & Lucy they have been accepting donations for a target that was initially to collect 200 Easter eggs, but they now have thousands of eggs due to the overwhelming response from the community.

The eggs will be donated to Inner City Helping Homeless, Tallaght Hospital, St James’s Hospital, Our Lady’s Hospice in Harold’s Cross, Dublin Fire Brigade, his two local Garda stations at Clondalkin and Ronanstown, and the defence forces who are working to combat the COVID-19 pandemic in the capital.

Daniel’s Easter egg crusade started three weeks ago, but the campaign really began to take off last week as word of mouth began to spread his message.