Advertisement
Home Fun Stuff Here They Come To Save The Day – Bride’s Grandmothers Step In... 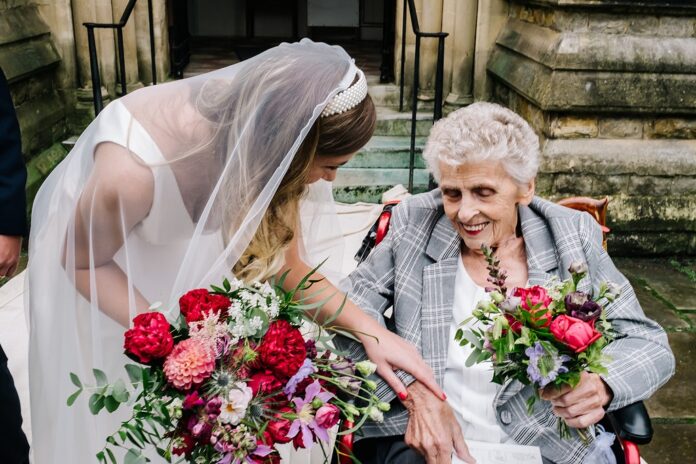 Thousands of couples who’d hoped to wed, with family and friends looking on, had their plans thrown into disarray in the past 12 months due to Covid 19.

But for one couple, not even the coronavirus, was going to ruin their big day.

As reported by The Belfast Telegraph Megan Kennedy had planned to have several bridesmaids for her wedding to Thomas Cahoon.

But throw in a pandemic, and the planning turns into a logistical nightmare.

Not to let Covid get in the way Megan decided to ask the two people she knew were going to be at her wedding to be her bridesmaids — her two grannies.

“My grandmas are the strongest and bravest women I know, and it has been so unfair on them that they have to spend so much of the year worried about the pandemic on top of their own health concerns — we just wanted them to realize how important they are,” Kennedy told Metro.

80 year old Gillian and 90 year old Mary travelled to London for the wedding last October to walk their granddaughter down the aisle together.

Kennedy’s photographs of her her big day got lots of attention online, but she told BBC that her grandmothers “don’t really get it.”

“They think the whole thing’s crazy, but it’s been such a nice boost for them,” she said.